Ocean and air freight rates and trends; customs and trade industry news for the week of May 6, 2020. 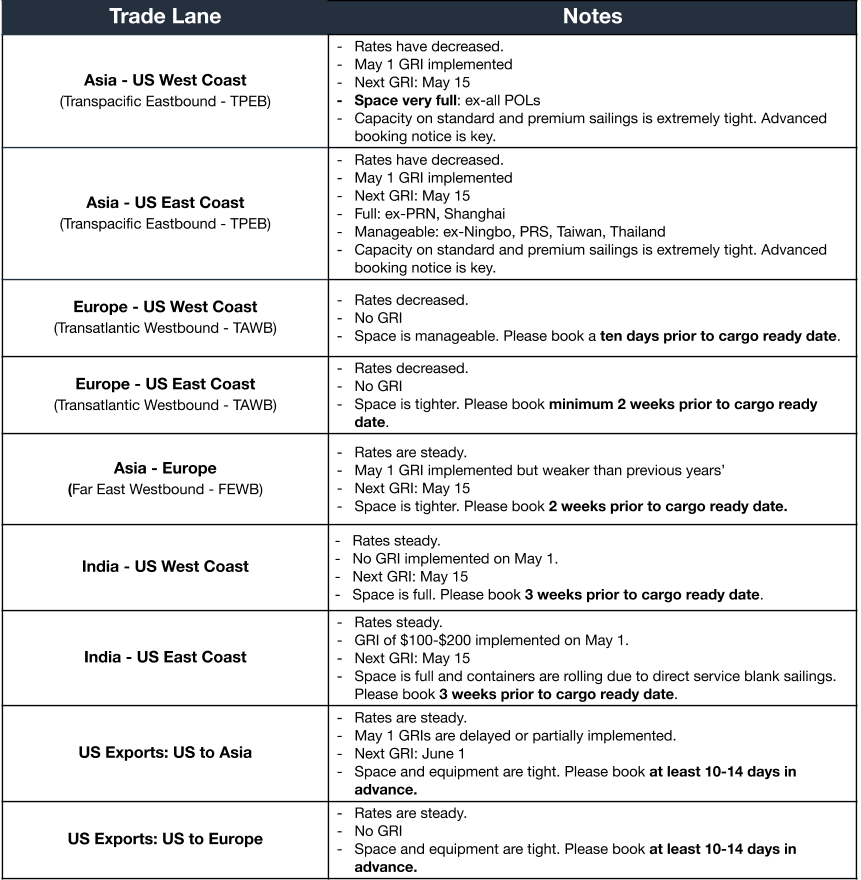 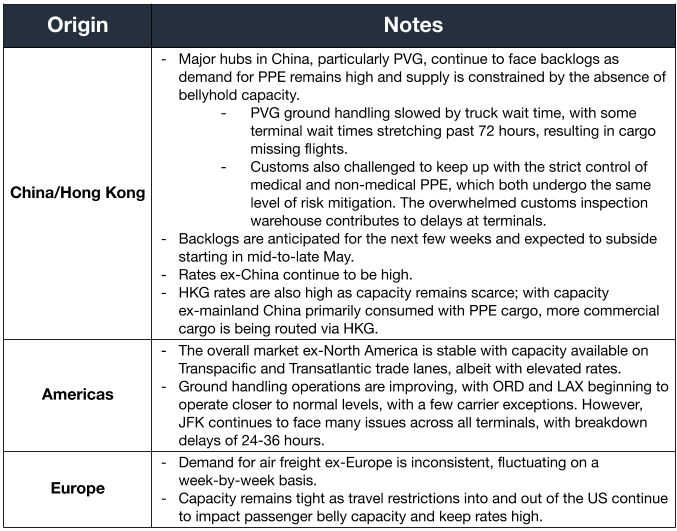 Wearables Increase Safety, Test Privacy The potential of wearables, like RFID-enabled goggles or wristbands, could bring warehouse and factory staff back to work with notifications of safe distances or rising body temperatures. Labor law experts shared concerns with Supply Chain Dive that health or biometric tracking violates the Americans with Disabilities Act (ADA) and could continue to carve away at privacy.

Section 301 List 3 Exclusions Granted The USTR issued more product exclusions on the Section 301 List 3 goods. There are two full 10-digit HTS numbers excluded, and 144 specifically prepared descriptions listed on the notice. Just like previous lists, the exclusions apply to the September 24, 2018 implementation date and will remain in effect until August 7, 2020. Last week CBP also sent out a CSMS message reminding the trade community about liquidation extensions and the filing of PSC's and protests for Section 232 and 301 exclusion refunds.

USTR Seeks Comments on Section 301 List 3 Exclusion Extensions The USTR is now requesting comments from the trade community for a possible year extension on the Section 301 List 3 tariffs. The comments are only to be directed to the 11 sets of tariff exclusions that have been granted for the third tranche, which are currently set to expire on August 7, 2020. The comment period opened on May 1 and will remain open until June 8, 2020. Each exclusion will be evaluated individually.

CTPAT Validations Put On Hold CBP posted a notice on their website stating that due to the COVID-19 pandemic 2020 CTPAT validations have ceased for the time being. CBP is working on possible alternative solutions for the validation process, but haven't landed on anything concrete. CBP will review any upcoming deadlines on a case-by-case basis.