Ocean, trucking, and air freight rates and trends for the week of October 17, 2018. 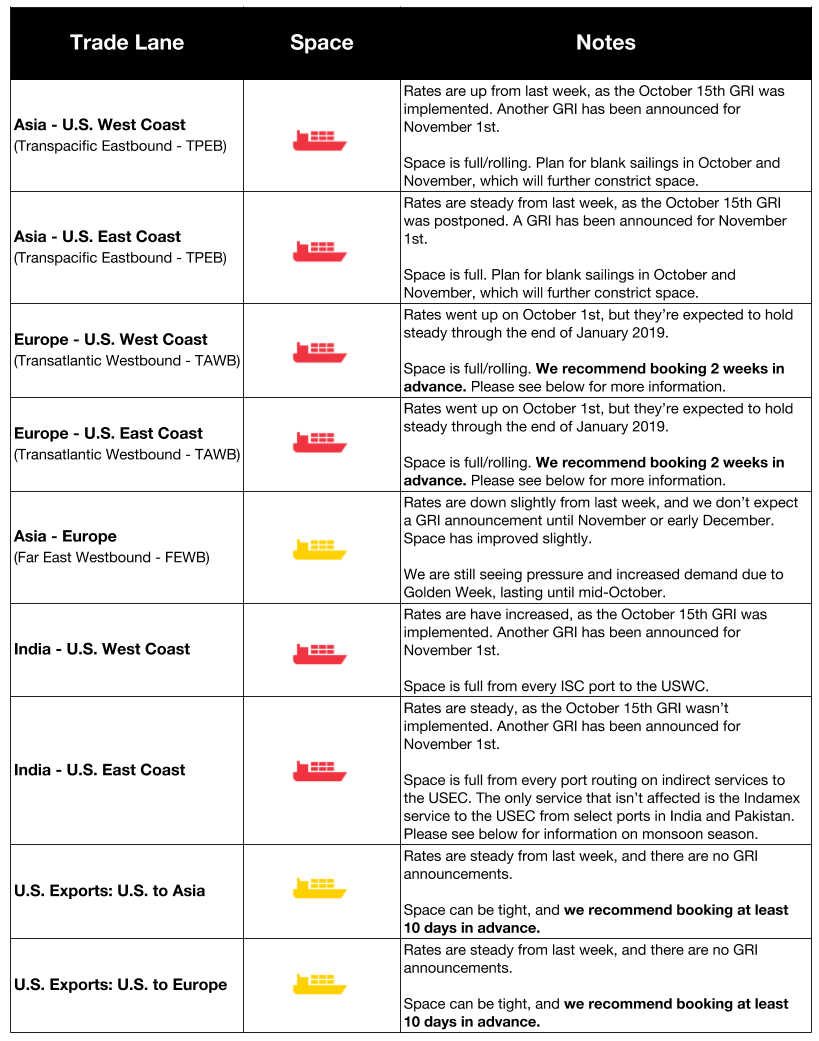 On Monday, the West Coast Marine Terminal Operators Agreement (WCMTOA) announce that it would implement the PierPass 2.0 extended gates program in Los Angeles-Long Beach on November 19th. This will pass if the Federal Maritime Commission (FMC) doesn’t block the revised extended-gates program.

In an attempt to cover the “surge in operating cost” of meeting IMO sulfur cap regulations by January 2020, OOCL will introduce a bunker recovery charge. The floating bunker formula will use factors including type of fuel, ship capacity, and fuel prices. 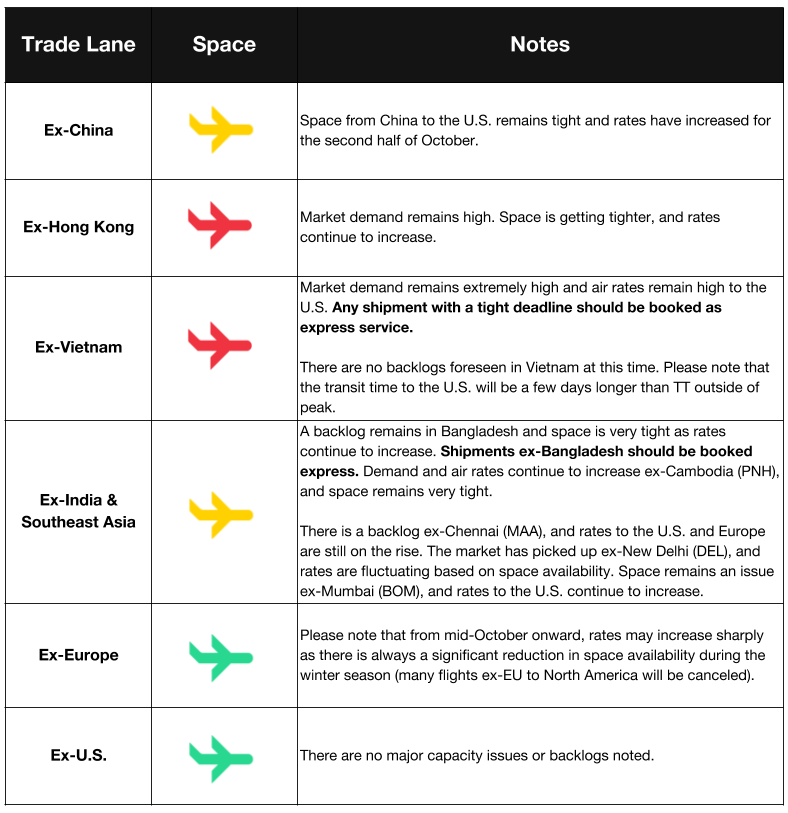 According to DAT Solutions, spot truck freight volumes were down by 30% in September year-over-year. This is attributed to an annualized drop in freight volumes.

IT Chaos Causes Disruption at Felixstowe

Delays and backlogs first appeared at Felixstowe in June due to the integration of a new terminal operating system, and road haulage capacity shortages continue to negatively impact box handling performance at the port. Compounded by a truck driver shortage in the UK and high peak season volumes, the disruption has pushed a number of shipping lines to transfer to alternate ports.