Here’s how rough it is on the Transpacific: Carriers would have needed to increase their weekly capacity by 25% to compensate for the vessel delays of 2021 so far. That’s the recent take from research from Sea-Intelligence. 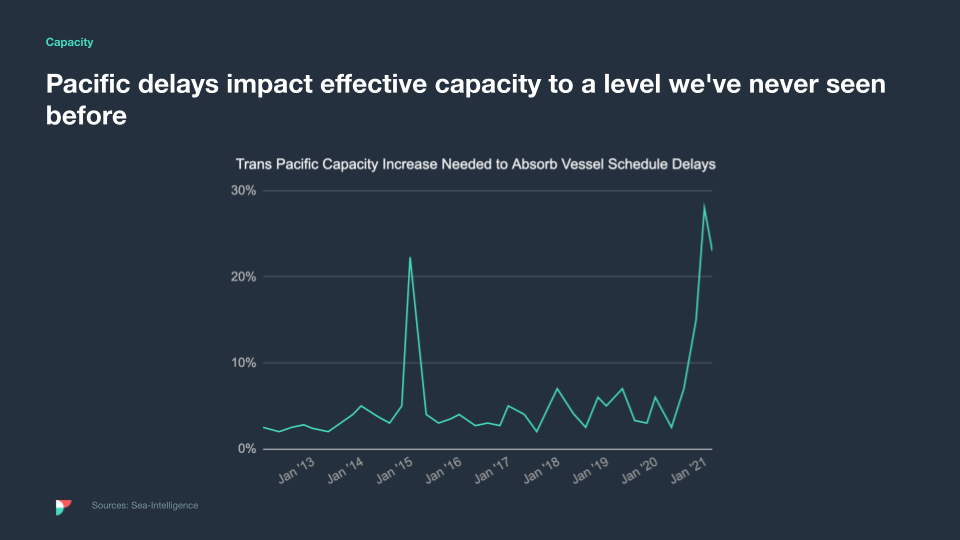 There are plenty of theories about what kicked off the current capacity crisis. Covid, for starters—but that’s not the whole story.

Today’s ocean market is caught in a vicious cycle. Another common narrative says the cycle is due to shortages. There aren’t enough containers, chassis, labor, berths, sailings, you name it.

It’s true these factors drive continued turmoil, but the Sea-Intelligence data suggests the real culprit is port congestion, driven by American import demand. It’s a tough one to solve. Let’s take a look.

According to Sea-Intelligence, the annualized global growth rate from September 2020 until now has been around 4%. In March, it declined to 3%; in April to 2%. This isn’t necessarily crazy on its own. 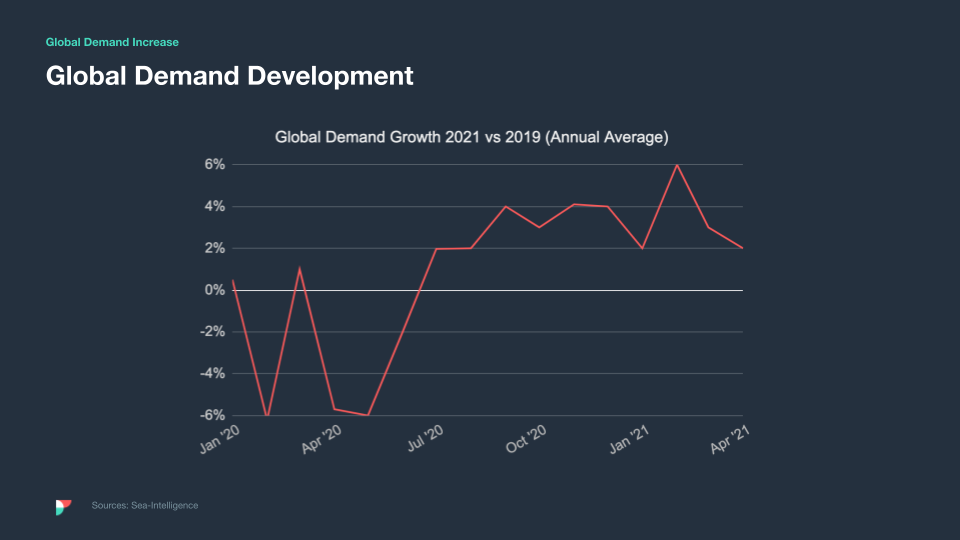 As Sea-Intelligence points out, that means current market adversity could have happened under the same global demand conditions with or without the pandemic.

The difference here is how demand for American imports has developed.

During the start of 2021, there was a boom in American import demand of more than 10%, compared to 2019. Calling this a boom is almost an understatement. This is extreme demand growth, the result of homebound consumers replacing experiences with goods, due to pandemic—and it’s enough to strain logistics infrastructure under any circumstances. 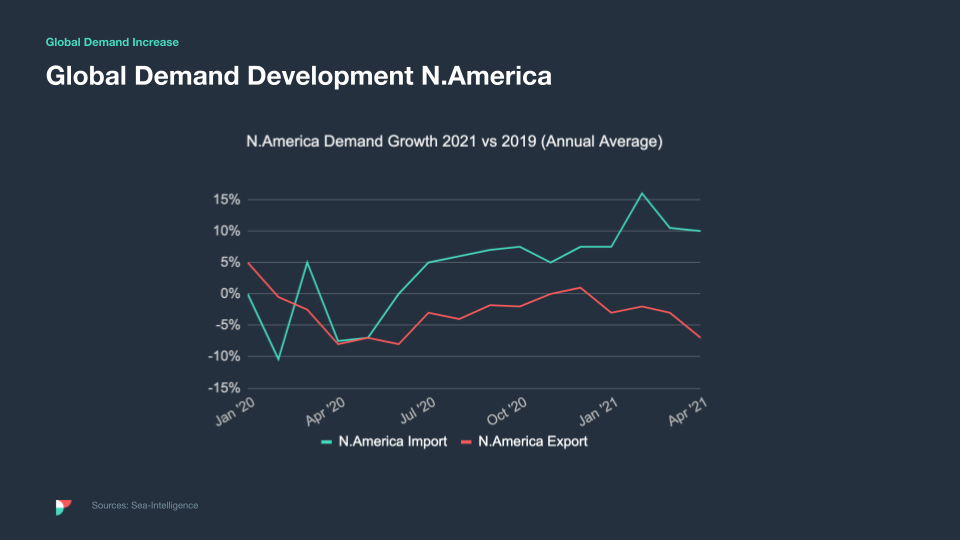 Adding to the impact, much of the demand is for bulky products, like furniture and home appliances. Flexport data shows that US imports of these bulkier goods are up from approximately double to approximately quadruple, compared to two years ago. 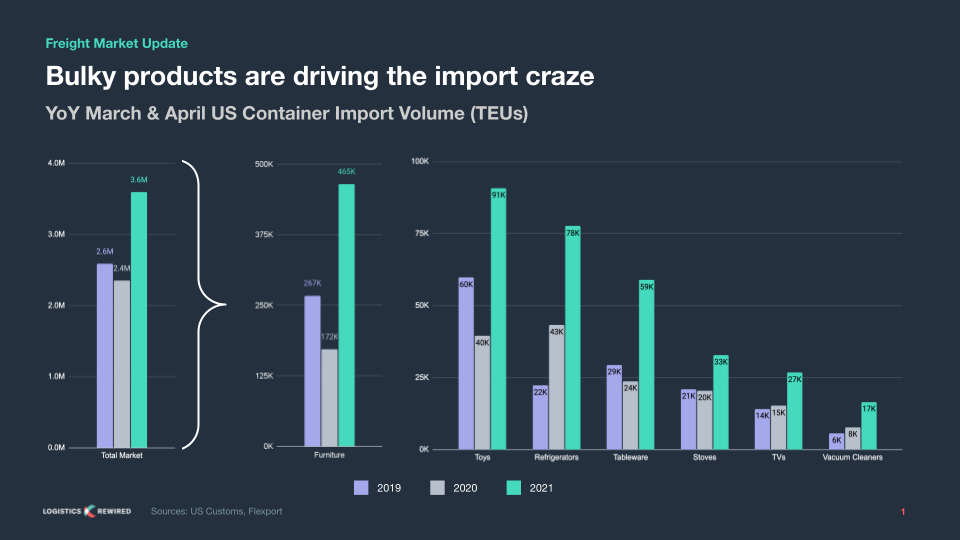 In logistics, it can take only one falling domino to set off a chain reaction. In 2020, quite a few were toppled. The US import super-boom created such deeply entrenched congestion—at coastal and inland ports—that the rest of the market is, in a word, a mess.

“The schedule delay-induced capacity shortage will persist until port congestion in both Asia and North America subside,” explains Anders Schulze, Flexport VP and Global Head of Ocean Freight. “We do not expect that to happen through the end of the year.”

Learn more about ocean capacity trends in the Freight Market Update or sign up for Flexport.

On the Hunt for Cargo Space, Smarter Consolidation Could Ease the Way

Capacity Opportunities Remain, but Timing and Cost Can Be Tough

Ocean Trends Reveal When We May See Schedule Relief

ShareTweetShare
About this author
Flexport
Follow on Twitter
Ocean vs Air: Diversification Matters More than Ever
As Containers Pile Up, So Do Port Fees. Here’s What You Can Do.