Impact By The Numbers

Time saved on reviewing and booking shipments since switching to Flexport

Days saved in a special project enabling the donation of 1.2 million socks

Not Your Everyday Socks

Bombas is a New York City–based premium basics brand with a mission to help those in need. Bombas, who started by making comfortable socks, now offers a line of items we wear closest to our bodies everyday—socks, underwear, and t-shirts. Because these items are the top three most requested clothing items at homeless shelters, the company also donates an item for every item they sell to organizations that support a wide range of unhoused and under-resourced communities. You can learn more about their mission and impact here.

Founded in 2013, Bombas faced supply chain hurdles from the start as the brand sought to scale its operations to meet quickly-growing demand. From launching new products to managing distribution for its e-commerce, wholesale, and donation business, Bombas soon realized they needed a logistics partner who could help them optimize their supply chain operations for growth.

Turning to Flexport in 2017, Bombas found the total supply chain solution they were looking for. With Flexport’s digital platform providing visibility into shipment status and a consultative account team advising on operational strategy, Bombas saves time and money as they hit critical milestones—including 75 million clothing items donated to people experiencing homelessness in 2022.

When the company started, the team was using mostly manual strategies and spreadsheets to manage their operations—a system that was not strategic or scalable.

“In the early days, we kept track of inbound shipments on whiteboards and spreadsheets. It was time consuming to maintain, there were typos, and it felt perpetually out of date,” says Drew Barker, VP of Operations at Bombas. “Flexport’s platform was simple to adopt and immediately solved these problems." 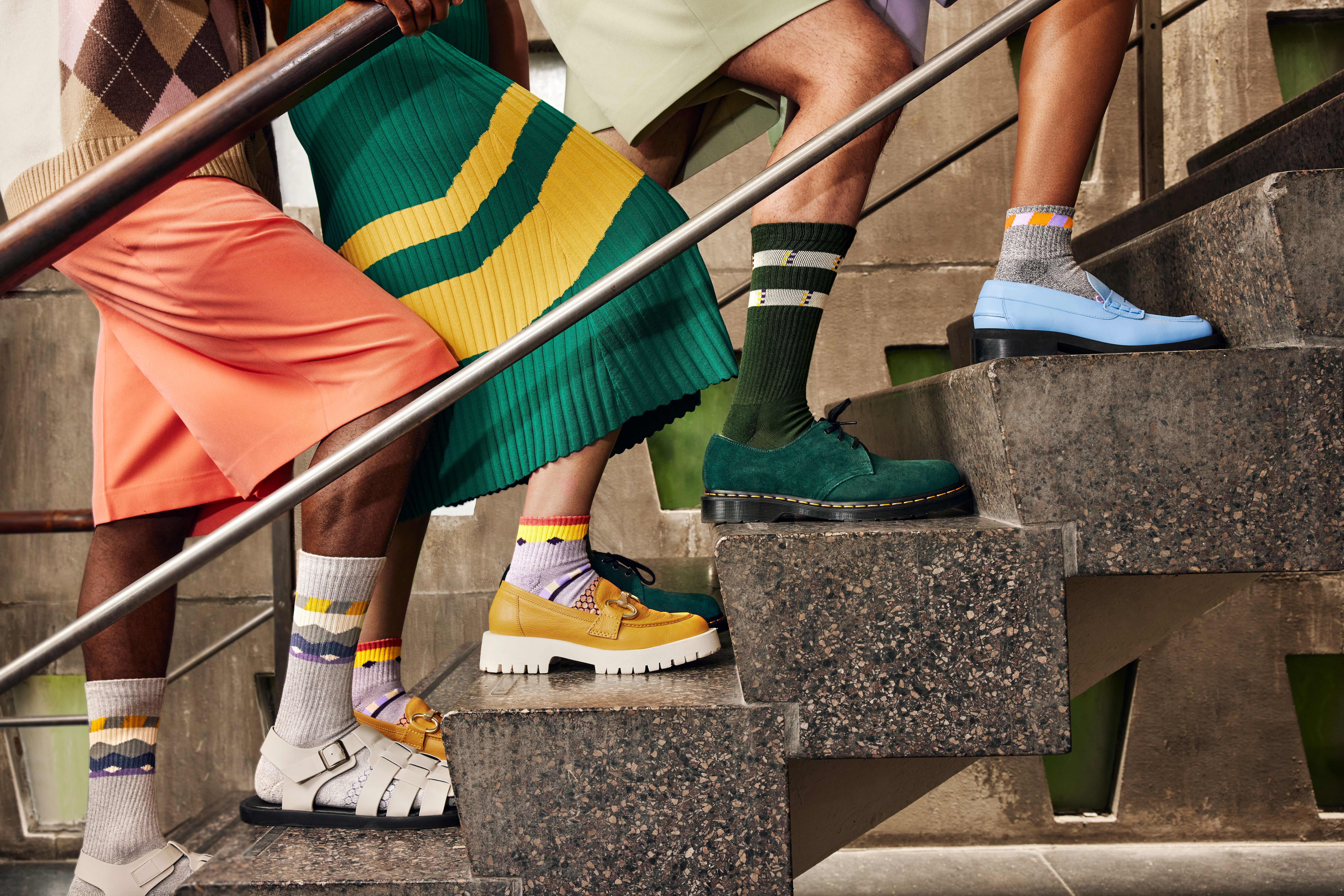 Growing customer demand prompted a growing quantity of shipments to manage. “The growth of our business precipitated a growth in shipments. To scale, we needed technology to support the volume and diversity of our inbound freight,” Drew continues. “Flexport's web-based reporting tools allowed our small team to manage the growing volume more efficiently.”

One of the key factors in choosing Flexport was its digital platform. “No matter who your forwarder is, there are certain things out of your control, like weather delays,” says Drew. “The real-time notifications and transparency provided by the Flexport platform have been game changers. We no longer have to guess what’s happening with our shipments—we always know what’s going on.”

For a high-growth brand, planning ahead to meet ambitious forecasts is mission-critical. Through the data provided on Flexport’s platform, which exposes the fluctuations and seasonality within the freight shipping market, Bombas’ operations team can target certain months to meet demand in a cost-conscious way. As Drew elaborates, “Flexport’s platform has made it easier for the transportation team to keep up with growing business and expanding donation commitments. For each shipment, we have dedicated space for communication, reporting tools, and line-level invoices. All of this information allows us to make educated decisions and optimize our inbound operations.”

As Bombas has grown, launched new products, and scaled its impact over the years, they’ve looked to their forwarder to advise on logistics strategy. “We worked with our Flexport team to devise a plan for moving our distribution from New Jersey to California, reducing ocean shipment transit time from 28 to 18 days,” says Drew. “Beyond reducing transit time, it's important to track our goods in transit as we prepare for product launches. We can do just that with the visibility and expertise that Flexport provides.”

Delivering On Promise at a Time of Even Greater Need

When the COVID-19 pandemic prompted chaos throughout the global supply chain, Flexport enabled Bombas to continue delivering to both their customers and their Giving Partners at a time of increased need. As the pandemic introduced a new suite of disruptions, Flexport and Bombas responded with a slew of innovative solutions. For example, the Flexport team prompted Bombas to consider alternative ports with shorter backlogs, diversifying routings beyond what they previously used.

As Drew recounts, “The pandemic was our moment to keep our foot on the gas and continue bringing in donation products to communities in need, who are often most vulnerable during times of crisis. Flexport was instrumental in making that happen. Despite the supply chain constraints, we found creative ways to secure boats and trucking, and to get products to our Giving Partners, and those who needed them most.”

Flexport’s creative thinking unlocked cost savings at a time when ocean rates were skyrocketing to all-time highs. “Flexport introduced us to locked rates during the pandemic, which allowed us to avoid the crazy rate hikes that occurred during Covid. And this improved the likelihood of departure dates and space in a very tight market,” says Drew.

Building a Faster Shipping Model From the Ground Up

This creative thinking has extended to the ongoing logistics behind Bombas’ “One Purchased equals One Donated” model, and how they deliver donated products to their network of 3,500 Giving Partners, which represents a diverse set of organizations directly supporting individuals experiencing homelessness.

As Bombas’ network of Giving Partners expanded, they needed to find a way to deliver donation goods faster and more efficiently. Bombas and Flexport worked together to develop the “Direct to Shelter” distribution model, which enabled Bombas to bypass their distribution center. The “Direct to Shelter” model is both the fastest way of delivering donation products to Giving Partners, as well as the most cost-effective freight solution to reach these organizations. 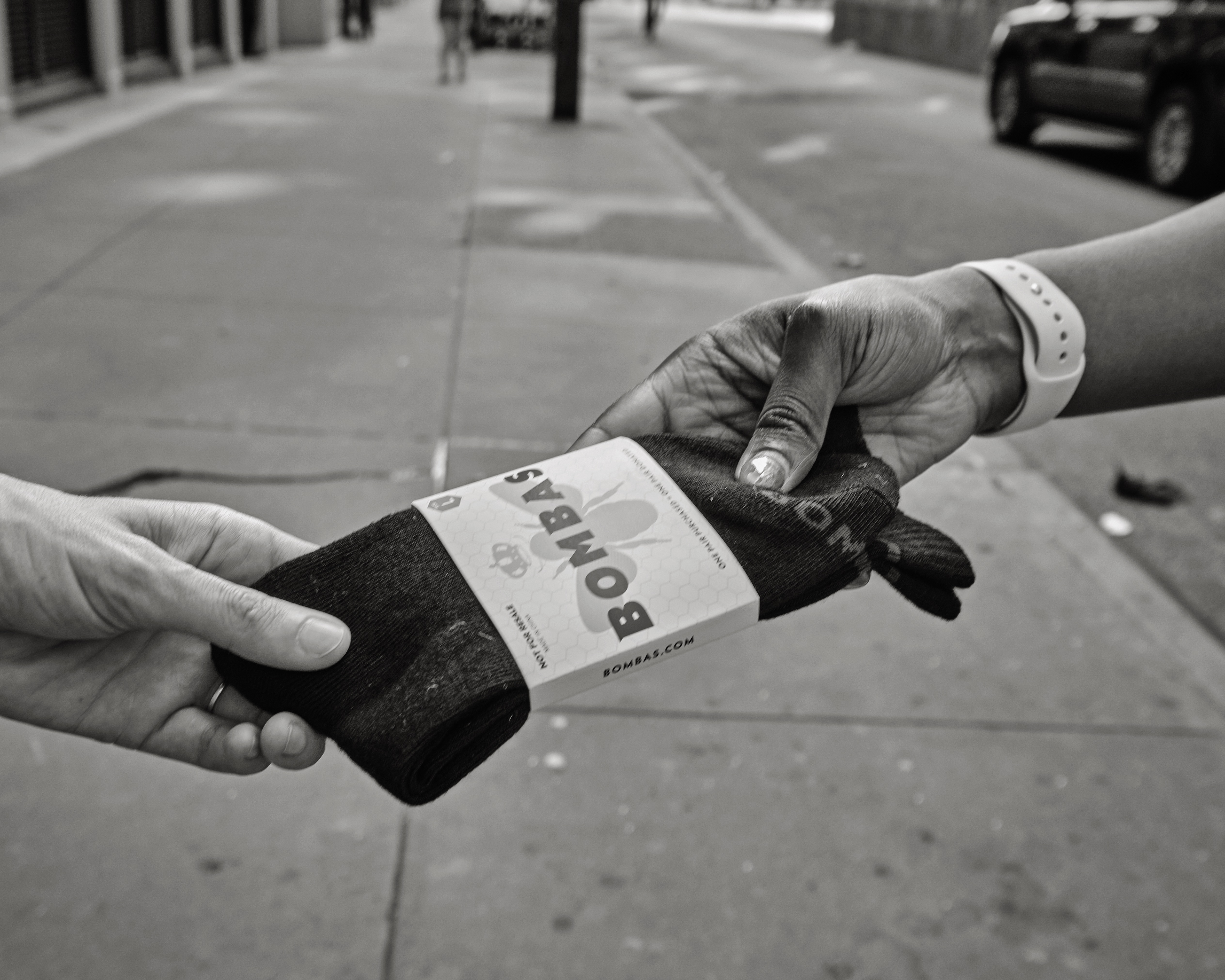 “With the direct shipping model, we reduce the time in transit. Flexport helped us develop an on-the-ground process where full container loads of donation goods are sorted, then separated onto trucks, and routed to various Giving Partners across the country,” shares Drew.

From a logistics standpoint, this model came with new challenges, of course, including how to deliver to non-traditional locations, like schools and community centers that often have specific delivery requirements. Flexport guided Bombas to find vehicles and labor for each set of unique requirements, and presented consolidation solutions that enabled easier distribution.

Working with a partner like Flexport has helped us to make our largest shipments more efficient which means we can more easily allocate resources toward the needs of our smaller partners as well. Our goal will always be to reach as many people as we can—from rural communities to metropolitan areas, and Flexport helps make that possible.

A Growth Story to Knock Your Socks Off

From 2017 to 2021, Bombas has increased their shipments with Flexport by 605% and grew their number of donated goods by 10x. Drew speaks to the partnership—"Flexport has helped us create unique delivery experiences that meet Giving Partners where they’re at. Our freight expertise has advanced because of Flexport. Bombas’ partnership with Flexport makes our donation program possible."

With Flexport, Bombas doesn’t need to compromise on their ambitious giving targets—they can pursue both supply chain and impact goals, while achieving faster deliveries and lower costs. Bombas’ growth is a story that will knock your socks off, and the brand has no intention of slowing down.

To scale with their growing company, the brand needed Flexport's web-based reporting tools to help their team support the volume and diversity of inbound freight.

From 2017 to 2021, Bombas increased their shipments with Flexport by 605% and grew their number of donated goods by 10x.

See how other brands are working with Flexport to achieve sustainable growth.