Ocean, trucking, and air freight rates and trends for the week of March 21, 2018. 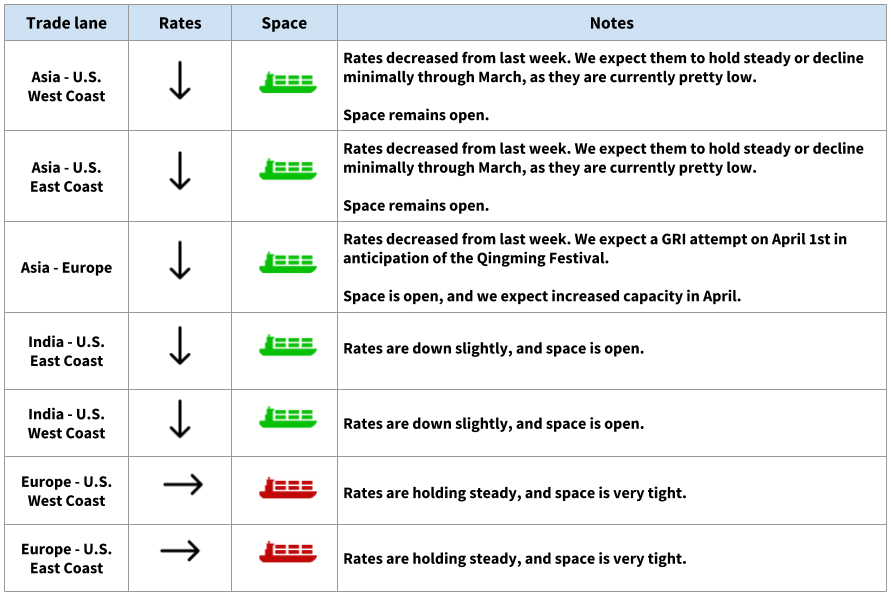 Carriers have canceled the March 18 GRI. Rates are down from Asia and India to the U.S., as well as from Asia to Europe.

Rates for Europe to the U.S. are holding steady. There’s potential for rates to increase starting April 1 with weather disruptions and port closures in the past week in the UK.

Rates remain stable for U.S. exports, but there’s a potential increase on the horizon due to bunker prices. No GRI was implemented. 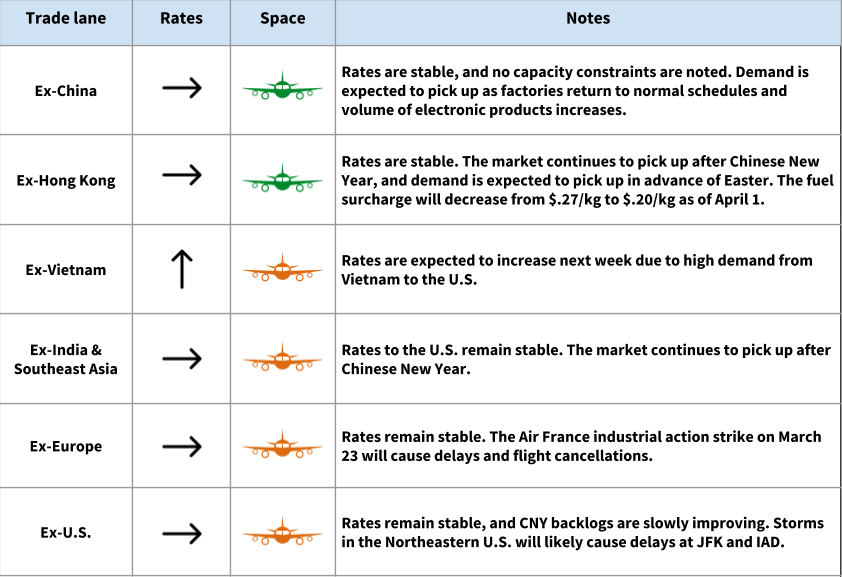 As a result of the electronic logging device (ELD) mandate, the truck capacity pressure is affecting inland cargo transportation including drayage, railroad, transloading, and long-haul truckload. In response, beneficial cargo owners (BCOs) are paying some ocean carriers an extra $300 per container for existing contracts. These charges accompany other reactions, including raising tariffs and suspending U.S. store-door deliveries.

Another factor contributing to the negotiation of service contracts is the higher surface transportation costs.

The ELD mandate will likely cause additional trucking rate increases when noncompliant truck drivers are placed out of service by law enforcement on April 1. Updates are also expected to negatively affect trucking productivity.