Ocean and air freight rates and trends; customs and trade industry news plus COVID-19 impacts for the week of August 19, 2020.

How will demand recover from COVID-19? And how can you ensure your cargo is moving to keep up with it? Visit Flexport’s COVID-19 Trade Insights for information and analysis. 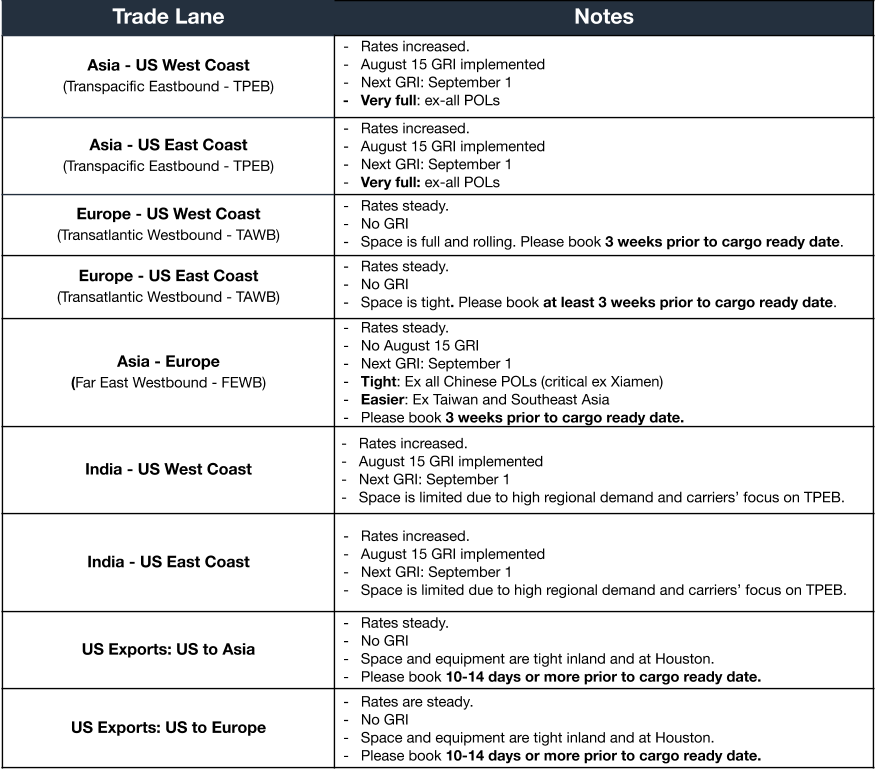 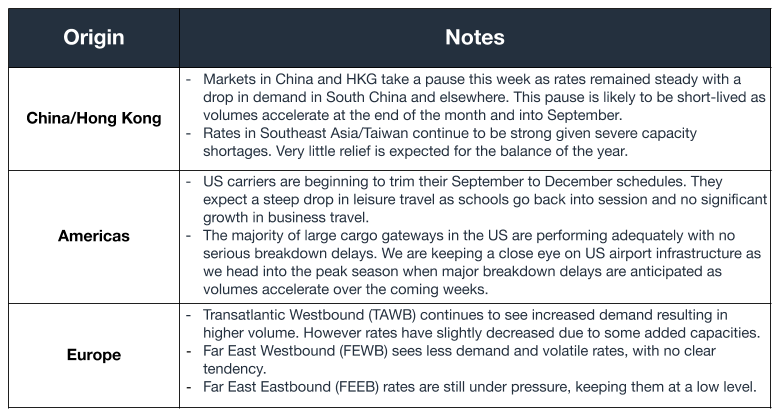 Platoon Trucks Make Debut Delivery A synced platoon of trucks made the first commercial delivery ever, carrying toilet paper and other goods from Portland, Oregon to Nampa, Idaho. FreightWaves explains that platooning links trucks, led by a driver, and is a step towards autonomous vehicles. In this case, the platoon was engaged autonomously for about half the trip.

Suggested Certificate of Origin Template CBP posted a CSMS message with suggested templates for a certificate of origin under the US-Japan and the USMCA agreements. This was shared as a fillable PDF, but there is no mandatory format as long as the required data elements are captured.

CBP Fines Importer for Forced Labor CBP issued a press release that it has collected a fine of $575,000 from an importer using forced labor. CBP found that the importer had been using prison labor for at least 20 of their shipments of stevia out of China. This was the first forced-labor penalty issued since TFTEA was passed in 2015.