Ocean and air freight rates and trends; customs and trade industry news plus COVID-19 impacts for the week of June 3, 2020. 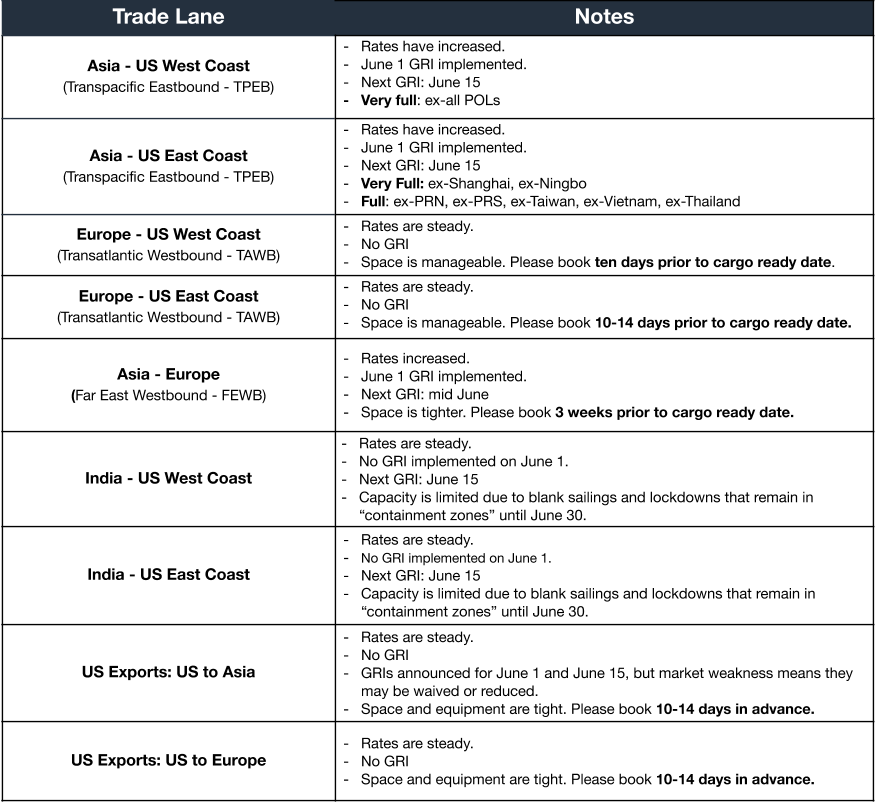 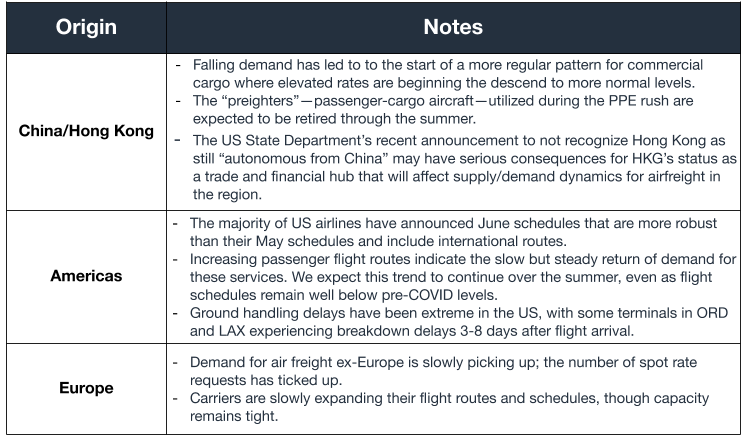 Shipping Groups Call for Port Digitalization The International Association of Ports and Harbors issued a call to action signed by 9 other shipping groups that seeks to streamline digital processes and data exchanges between ports with the goal of building a more resilient environment in the wake of COVID-19 congestion and delay. Hellenic Shipping News outlines 9 priorities to promulgate harmonious digital standards that are compliant with existing regulations and include ports of all sizes.

End to Hong Kong's Special Status In a press conference last week, President Trump announced that Hong Kong will have its special status as a separate customs territory revoked. While details were lacking, the implications of such a shift would be vast, potentially changing most everything in the US-HK relationship including export controls, customs, immigration, and section 301 duties. A more detailed executive order is expected later this week. These actions will likely escalate the current trade war between the US and China.

Section 301 List 3 Extension Comments Requested The USTR issued a notice that it will accept comments on three additional sets of the Section 301 List 3 tariffs that are set to expire on August 7, 2020. Comments can be sent between June 8 and July 7 and should show why the exclusion of that product should be extended for another year. Extensions will be reviewed individually on their own merit.