Ocean and air freight rates and trends; customs and trade industry news for the week of April 29, 2020. 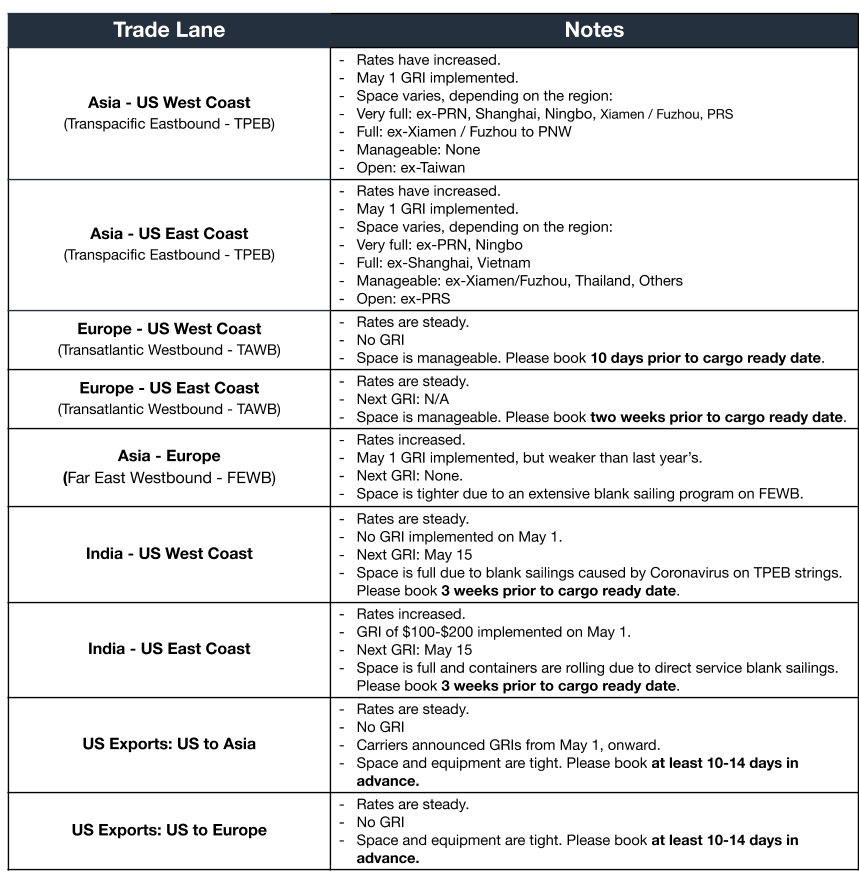 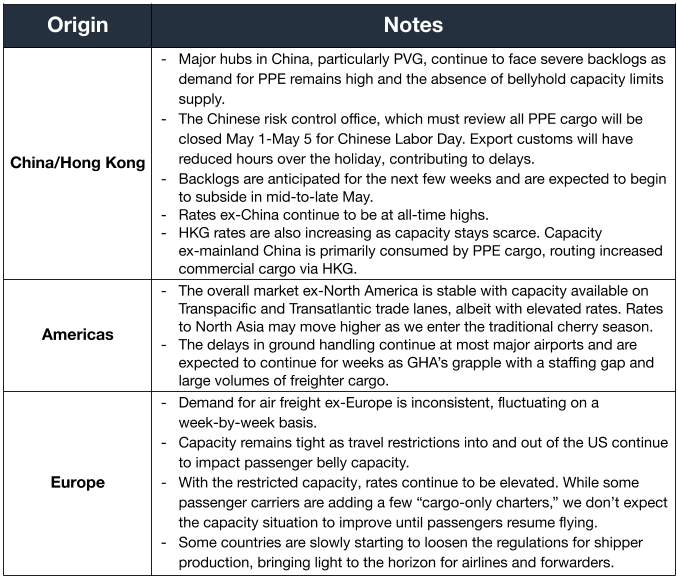 World’s Largest Cargo Ship Launches South Korea christened the world’s largest cargo ship last week, despite trade pressures from COVID-19. The Algeciras is the first of a new line of next-gen ships called megamaxes and has a capacity of 24,000 containers, according to the WSJ.

Box Manufacturers Limit Production In stark contrast to the Algeciras’ christening, a separate item in The Loadstar reports Chinese container manufacturers are limiting production to maintain a grip on prices. Even as equipment shortages challenge shippers worldwide, the world’s fleet of containers is likely to shrink for the first time in a decade.

FMC Rules on Demurrage and Detention Fees Trade groups that requested guidance from the Federal Maritime Commission on unfair detention and demurrage practices got their interpretive rule, which takes force after upcoming publication in the Federal Register. American Shipper notes the fees have been a point of contention for businesses that often paid fees for situations beyond their control.

Section 301 Exclusions Granted New product exclusions were granted to Section 301 List 3, including one full HTS and 107 specifically prepared HTS descriptions. The exclusions apply retroactively from the implementation date of September 24, 2018 and will remain in place until August 7, 2020.

USMCA to Enter Into Force July 1 A press release from the USTR said that the US "had completed its domestic procedures to implement the agreement" with Mexico and Canada. On July 1, the USMCA will officially replace the original trade agreement NAFTA. Requests from the auto industry in the US and Mexico for delays to new origin rules have so far not been granted. Interim instructions for USMCA are here.

Items From Thailand Not Eligible for GSP On April 25, some products that were previously eligible for duty-free treatment under GSP are no longer eligible. Last week, industry groups sent a letter to President Trump citing the pandemic and tight financial situations as reasons to delay the implementation, but there was no response, and the tariff reductions were eliminated as of Saturday, April 25.