Ocean, trucking, and air freight rates and trends for the week of July 18, 2018. 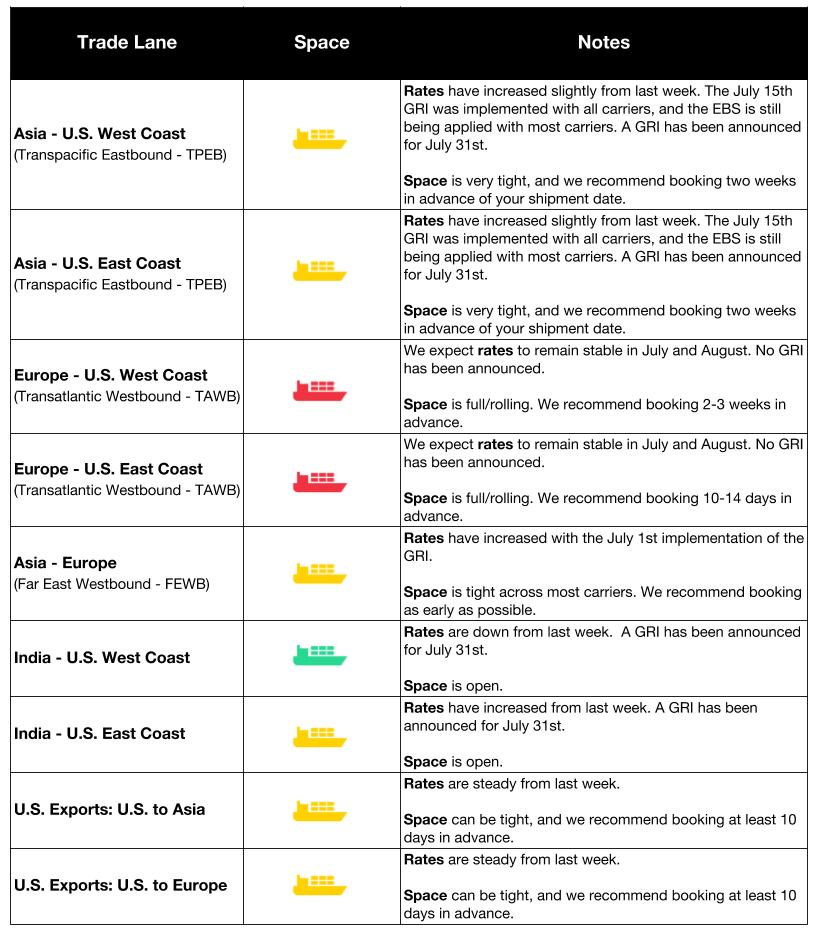 Anxiety over trade tensions contributed to an 8.4% increase in container imports at the ports of Los Angeles and Long Beach in June, reports The Wall Street Journal. The ports are the largest U.S. gateway for seaborne trade.

This increase in volume is early, as the seasonal shipping surge typically runs from July to September.

The Suez Canal is bringing operations back to normal after multiple ship groundings and collisions. This is causing some minor delays.

Warehouse supply in the U.S. has fallen for a record 32 quarters in a row. The lowest since the dot-com boom, the diminishing warehouse availability is attributed to the rapid increase in online shopping.

The trade dispute escalated has escalated, as the Trump administration said it would levy tariffs on an additional $200 billion worth of goods. These tariffs will go into effect if Beijing does not change its trade practices. The new round of tariffs would increase prices for a number of American retailers, affecting consumer goods such as electronics, tools, and housewares.

Related blog post: What the Newest Round of Tariffs Means for Consumer Goods Brands 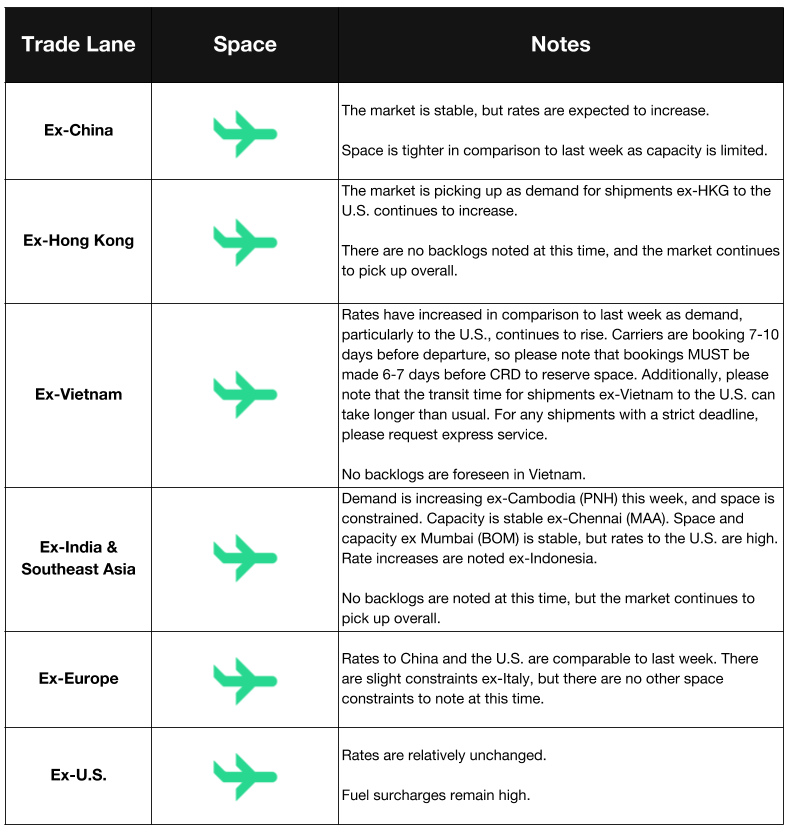