Ocean and air freight rates and trends; customs and trade industry news plus COVID-19 impacts for the week of June 10, 2020. 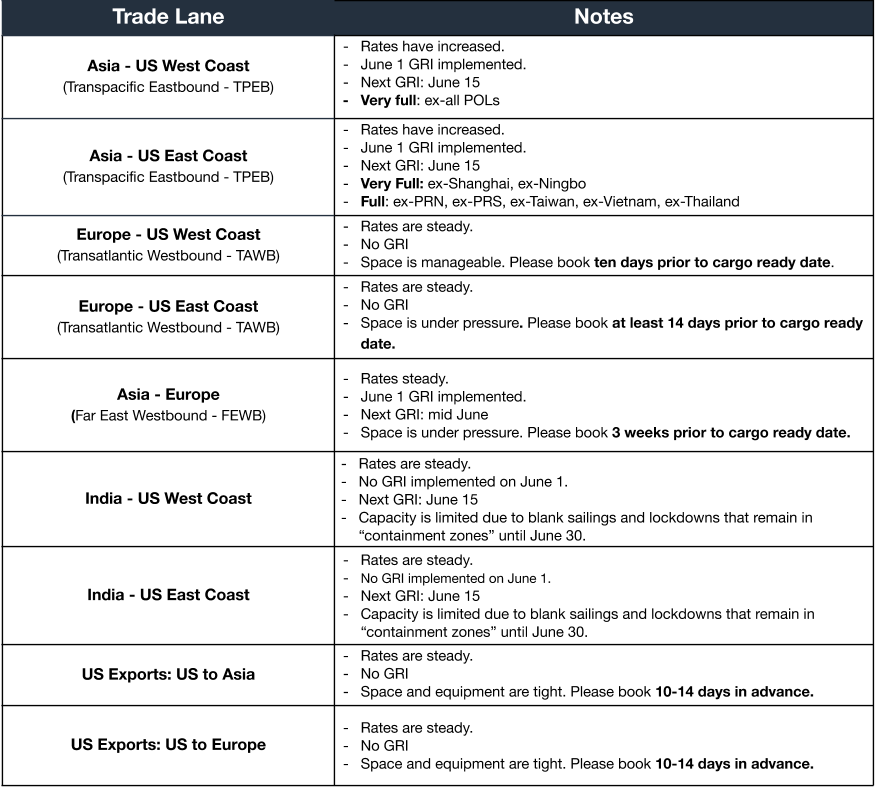 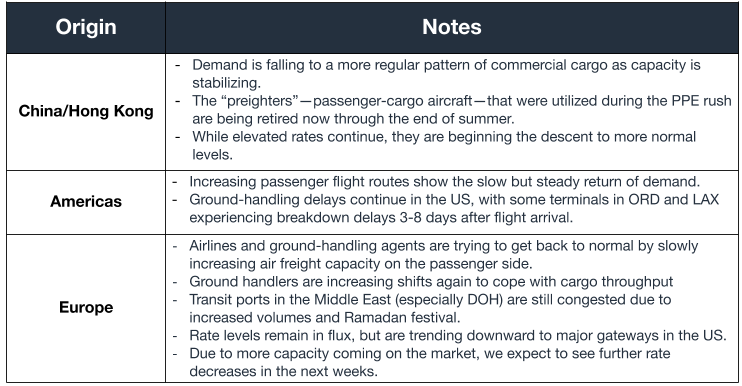 Blank Sailings Drift Into Peak Season As the traditional maritime peak season approaches, a 6-week period of stability ended in a week-over-week increase in blank sailings, with more planned for Q3. Supply Chain Dive notes the blankings, a capacity management technique to keep rates up as demand is down, could indicate there will be no actual peak season this year.

China-Europe Rail Transport Advances Between the rise of blank sailings and the continuous volatility of airfreight, rail transport is chugging through Russia, connecting China and Europe along a new Silk Road, according to The Loadstar. Services are increasing on existing routes, while new routes connect additional cities.

USTR Initiates Section 301 Investigation on Digital Services Taxes The USTR issued a notice that they have initiated a Section 301 investigation on Digital Service Taxes (DST) for the following countries; Austria, Brazil, Czech Republic, European Union, India, Indonesia, Italy, Spain, United Kingdom, and Turkey. Over the last few years, DST's have grown in popularity as a way for foreign companies to target and tax revenue of large US tech companies. Comments from the trade community are being accepted until July 15, 2020.