Do we have clarity on the Biden administration’s trade policy for the Americas? What do corporations think of it and how may they respond? Flexport’s Chief Economist, Phil Levy, recently moderated a panel at the CEO Summit of the Americas with representatives from the mining, metals, and engineering sectors.

Nearly 18 months into the Biden administration, the broad-strokes of trade policy strategy have become clear. The Biden Administration’s Americas Partnership for Economic Prosperity (APEP) is an example of an approach that utilizes coalitions-of-the-willing in an attempt to influence standards, rather than pursuing new trade deals for market access. Instead, like its Indo-Pacific equivalent, it focuses on engagement in topics ranging from labor standards (including forced labor), supply chain visibility, and renewable energy.

While they stressed the administration’s eagerness to see nearshoring in the Western Hemisphere and to build on existing traditional trade agreements rather than pursuing new ones, the CEOs on the June 8, 2022 supply chain panel—moderated by Flexport's Chief Economist, Phil Levy—had some different ideas. Speakers included top executives from the mining firm Freeport McMoRan, engineering company Honeywell and steelmaker Tenaris.

A preference by one speaker on the panel was for new, but “regular” trade deals, including conventional market access. The pursuit of less complete, but still binding, trade deals focused on the rules for digital trade and facilitation needs were seen as desirable by the panel too.

The decision by the Trump administration to withdraw from the TPP—which has subsequently become the CPTPP and includes Canada, Chile, Mexico and Peru in the Americas—was seen by the speaker as a missed opportunity. As discussed in previous Flexport research the administration also lacks the Trade Promotion Authority needed to pass a full trade deal. 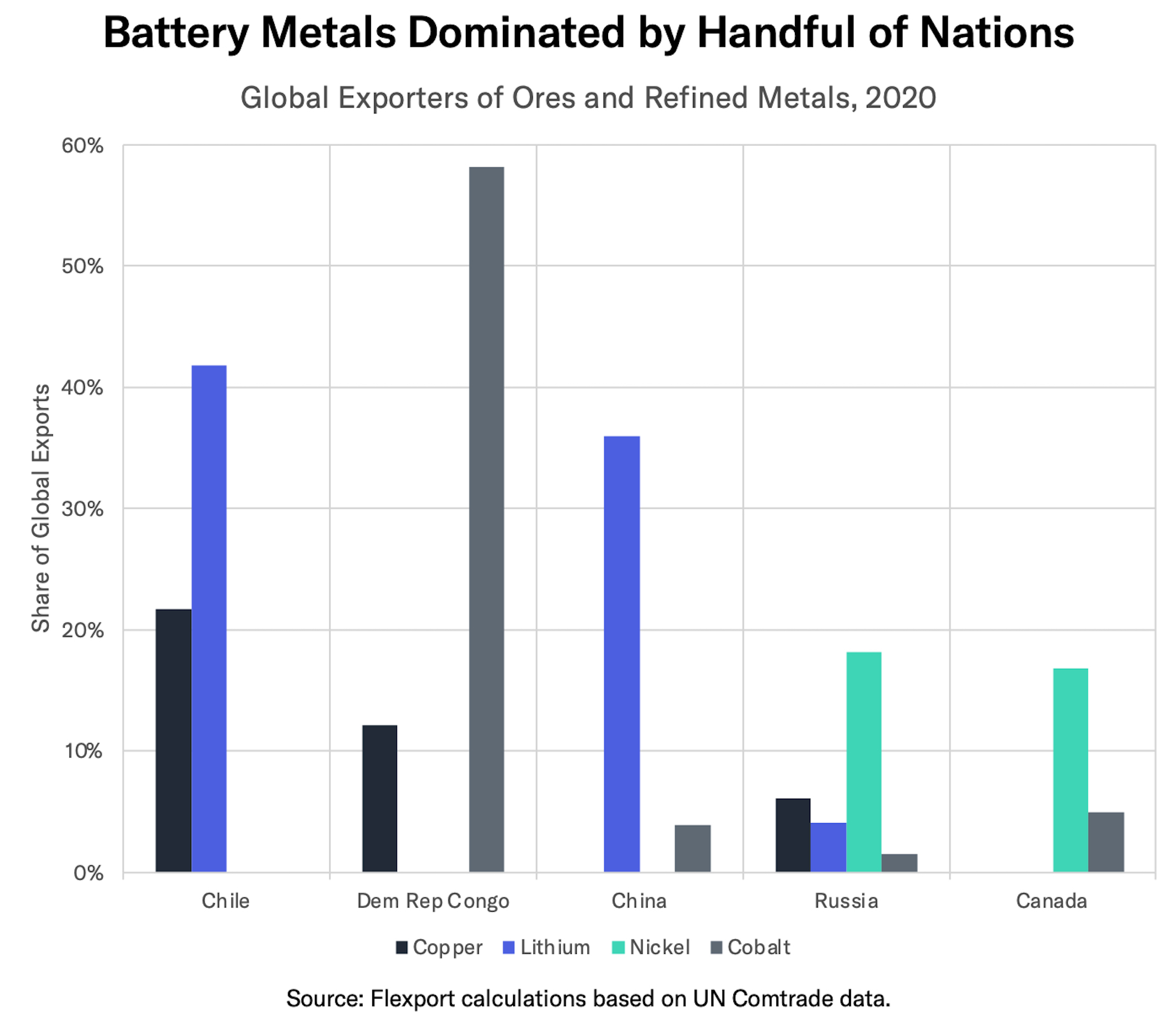 There are clear geographical limits on the practicalities of locating supply chains. Major mining companies for example can only go where the minerals are; e.g. Chile and Peru in the case of copper, as flagged in the chart above. Network effects in manufacturing, available staffing, and infrastructure all impose limitations for goods-producing firms.

The development of the electric vehicle sector represents a once-in-a-lifetime chance for governments to enact policy to attract manufacturers throughout the supply chain. One speaker did note, however, that the availability of battery metals may be a challenge that policymakers don’t have a magic wand to wave at.

Finally, the resilience of supply chains was a preoccupation for the panel, reflecting the Biden administration’s priorities. Trade rivalry between the U.S. and China, disruptions caused by the pandemic, the ongoing shortage of semiconductors, and conflict in Ukraine all suggest a move to more conservative inventory strategies.

Yet, one speaker noted that there is a pendulum that swings between minimizing costs and taking potentially costly measures to ensure against interruptions. The clear implication is that, before too long, we will swing back to worrying about margins once again.

In conclusion: The Biden administration hopes to use non-traditional trade frameworks to improve conditions for workers and encourage onshoring. Yet corporations may have a different stance with a preference for regular trade deals and a conservative stance toward restructuring supply chains.