Going Through a Phase - Biden’s Trade Policy One Year In

What has President Biden achieved during his first year in office? Has trade policy changed significantly versus the Trump administration’s? What is the outlook for U.S. trade relations with the rest of the world? Is labor being treated differently now?

Flexport’s State of Trade Webinar held on Feb. 19, 2022 analyzed the evidence from the first year of President Biden’s trade policy activity. The speakers, discussed relations with China, the EU and others as well as drawing comparisons to Trump administration actions and potential future developments.

This report provides key data from the webinar as well as a precis of commentary from the speakers, Scott Lincicome of the Cato Institute, Ed Gresser of the Progressive Policy Institute and Flexport's Phil Levy.

The participants noted that President Trump’s trade strategy with regards to China relied initially on flattery of President Xi combined with heavy tariffs and trade sanctions. 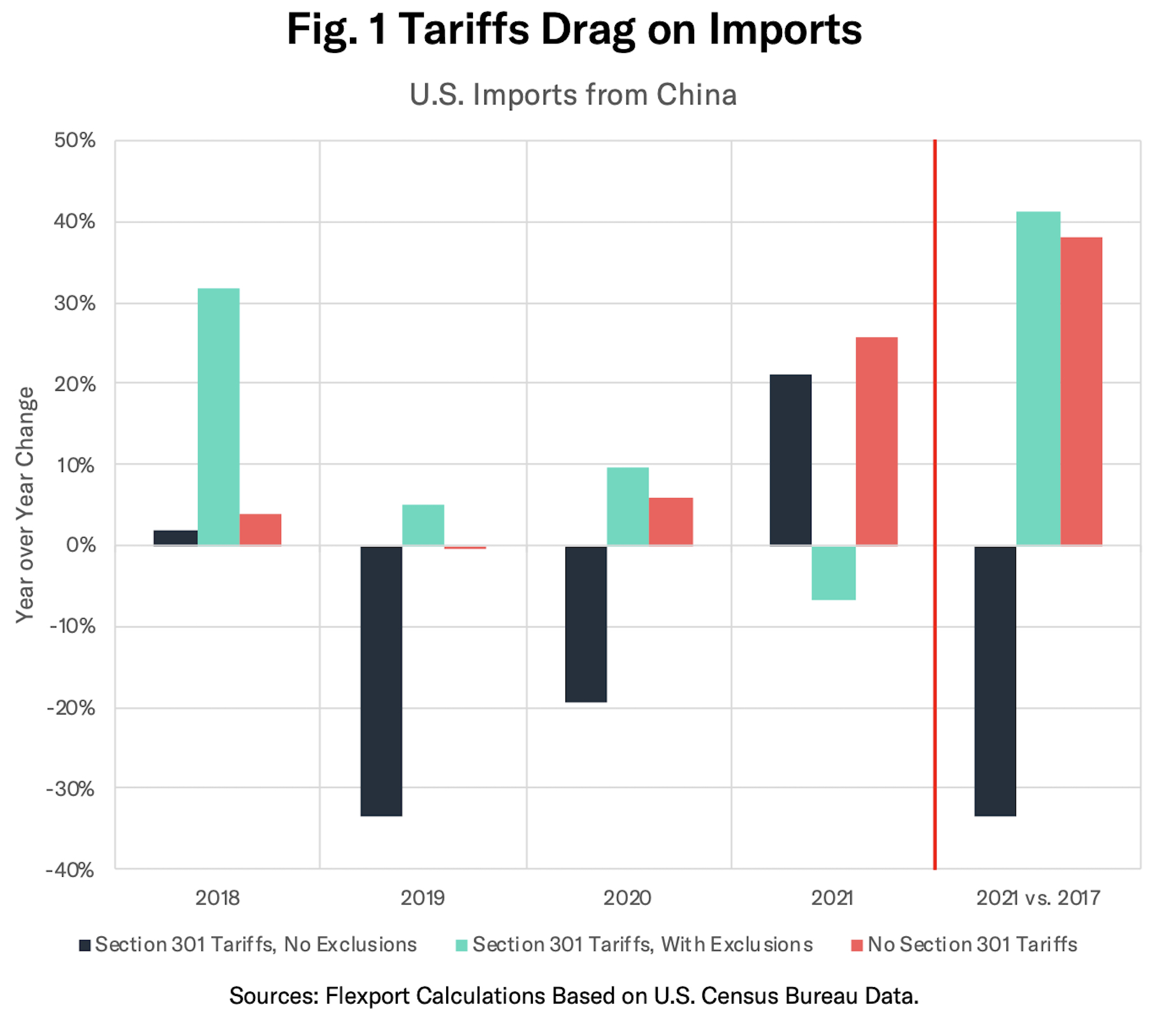 As shown in Figure 1, U.S. imports of products from China covered by the Section 301 tariffs applied from mid-2018 onwards fell by 33.4% in 2021 versus 2017 (those products not covered by exemptions). Imports of all other products climbed by 38.1% over the same period.

While tariffs have led to real-world changes in sourcing, particularly in switching of labor-intensive goods to Vietnam, the total tariff load has gone up. That was characterized by one speaker as a disproportionate increase in taxes on U.S. manufacturers.

Nonetheless, the tariffs do not appear to have changed China’s trade or intellectual property policies, which had been a key goal. Beyond these policy changes, the Trump administration’s “Phase 1 trade deal” with China also included a wide range of export purchase commitments. 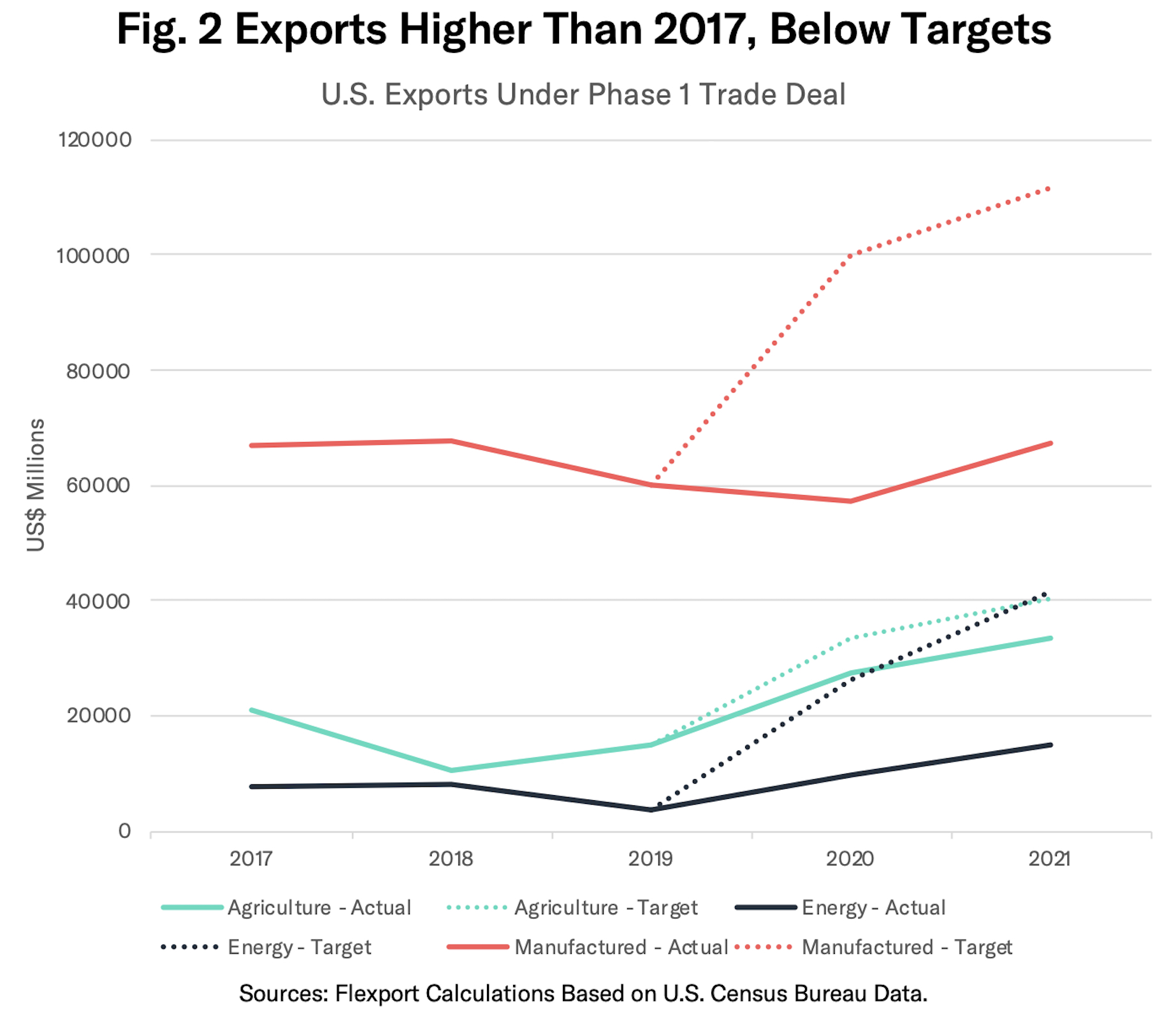 The speakers generally believed that President Biden’s trade policies regarding China have not changed significantly from President Trump’s, and are unlikely to do so. The tariffs under the Section 301 program are still in place. The roadmap for policy outlined by U.S. Trade Representative Katherine Tai indicated similar ambitions for broader policy changes from China.

The President’s new Trade Agenda (released after the webinar) shows a commitment to continuing with existing policies while recent press reports indicate that talks are “getting more difficult”. The process of engagement may be complicated by the conflict in Ukraine, which began after the webinar, as discussed extensively in Flexport research.

Amidst ongoing disputes with China, the Biden administration is looking to engage more closely with its allies.

A signature policy of the Trump administration was protection of the steel and aluminum industries. That led to the application of “national security” tariffs under the Section 232 program rather than use of the “safeguarding” model under Section 201. Those initially covered U.S. allies - including Mexico and Canada - as well as strategic rivals. 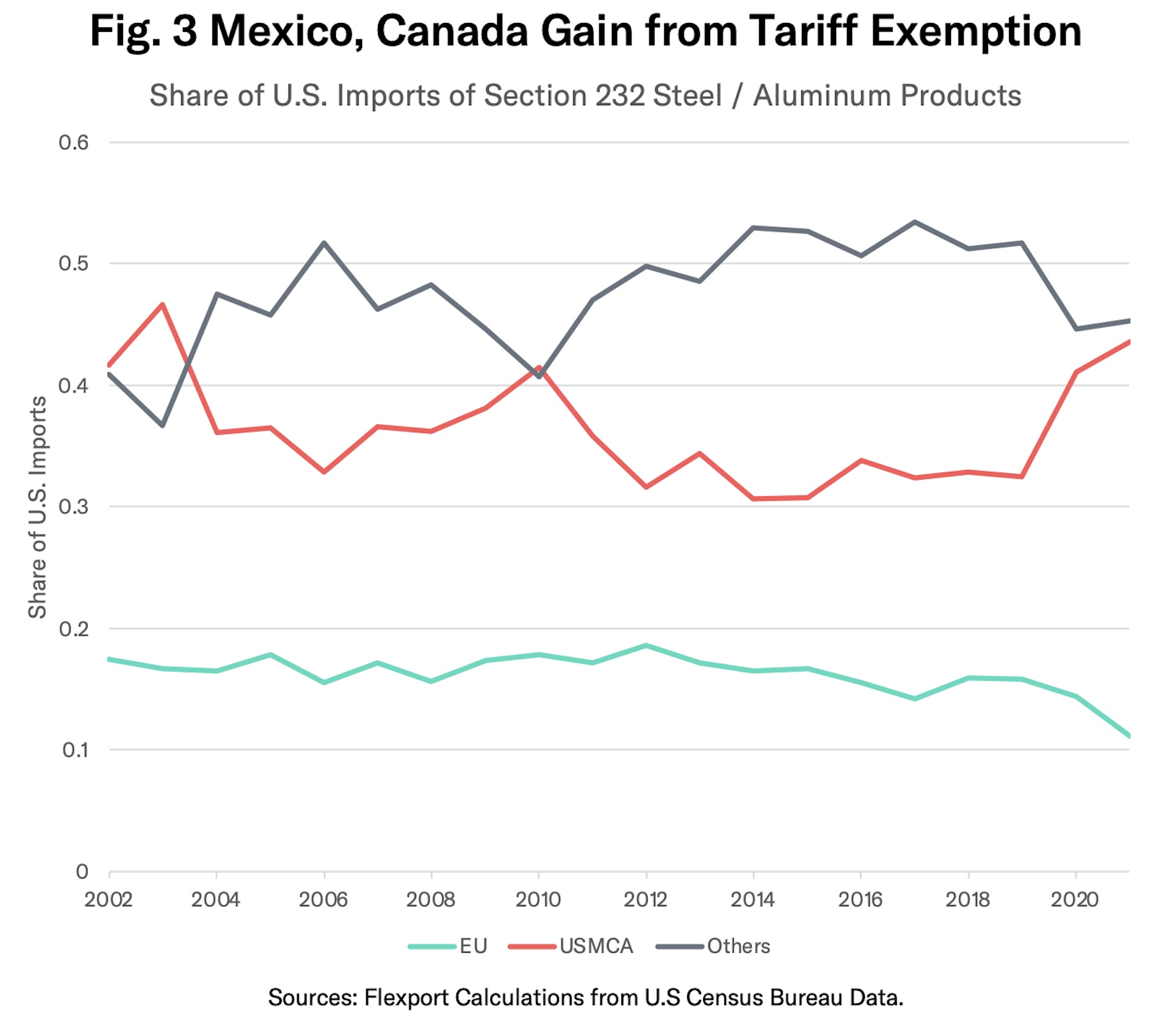 President Biden has kept the Trump administration’s package of tariffs but has attempted to mitigate them through negotiations with key allies. The EU has negotiated a removal of tariffs in exchange for tariff-rate quotas, as discussed in prior Flexport research, alongside a deal on aerospace subsidies.

The webinar participants doubted the effectiveness of TRQs in improving capacity utilization, citing evidence that quotas set are well below historic shipment levels and therefore tariffs still apply at the margin. The separate deals also add complexity to the global steel trade and have hurt relations with partners such as the U.K. or South Korea that have not yet signed their own deals.

The World Trade Organization, meanwhile, has been reluctant to rule on the legitimacy of the U.S. usage of the Section 232 model as it is politically perilous to issue rulings on national security judgments. A particular uncertainty involves what constitutes strategically-important products or the thresholds used to assess their significance.

The Trump administration mainly withdrew (e.g. CPTPP) or renegotiated (KORUS, USMCA) international trade deals, though it did launch negotiations with the U.K. and Kenya.

The ability of the U.S. to sign new trade deals has been limited by the lapsing of Trade Promotion Authority (TPA, designed to simplify Congressional passage of deals) in July 2021. Historically, only one deal (U.S.-Jordan) has been signed without TPA. Without TPA, the participants believed only a shallow engagement on digital trade or supply chain resilience would be possible.

The Biden administration has instead launched the Indo-Pacific Economic Framework, based on shared values but not designed to be a comprehensive free trade agreement. In that regard, it may not be as deep as U.S. allies in Asia prefer. The webinar participants didn’t expect significant shifts in policy or major policy achievements ahead of the mid-term elections in November 2022.

Engagement with the World Trade Organization also remains challenging, with deep divides between members on the evolution of tariff rules, dispute settlement, and even on specific deals such as Environmental Goods and Fisheries.

The Biden administration has characterized its trade policies as being labor-centric, whether in terms of American workers or control of forced labor practices elsewhere in the world.

Many of the existing U.S. deals already have significant labor clauses in them, with the revised USMCA deal having already had an impact on labor relations at the level of specific factories in Mexico. 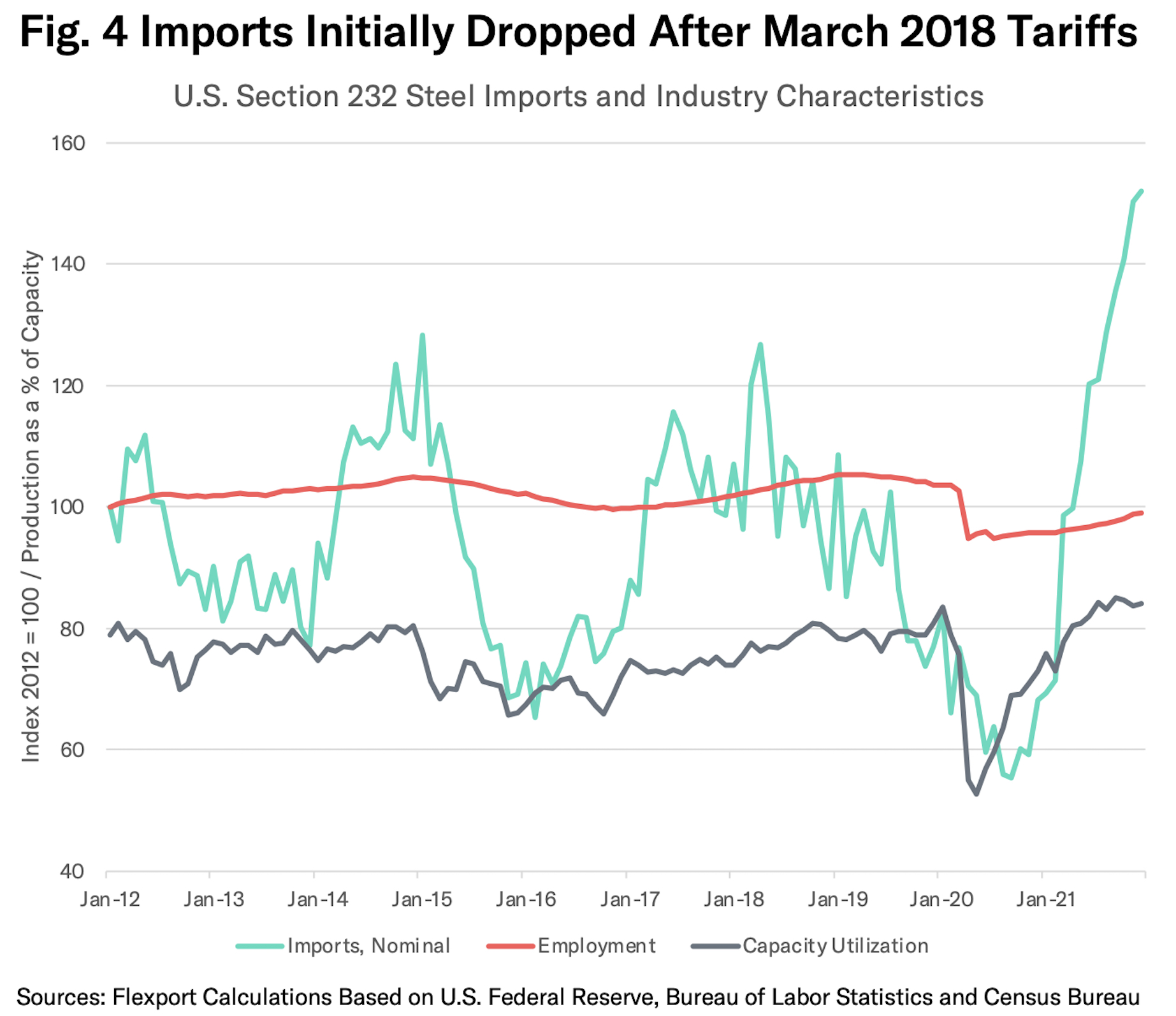 Some care is needed, however. Trade restrictions for one industry can hurt workers in another, for example the protection of steel workers - shown in the increased capacity utilization rate in Figure 4 - has raised costs in the construction and auto industries.

In conclusion: The Biden administration’s trade policies retain many of the characteristics and measures of those under President Trump, with a nod toward closer engagement with allies but little expectation of policy breakthroughs. .