Riding out a Recession - Prospects for an Economic Downturn

What is a recession? Which sectors do the best and worst during a downturn? This report outlines the key measures used to track a recession--only a few are flashing red currently. Should there be a downturn, the most exposed sectors in terms of PCE spending are high-end electronics, while personal care and apparel will experience less of a downturn.

Corporate, financial and economic commentators are becoming more concerned about the prospects of an economic slowdown or even a recession following:

Google Trends identifies reports that a “recession” is at the forefront of searchers’ concerns as well. The term got a 95 rating in June, where 100 is the maximum going back to 2004. The prior peak was in March 2020 during the depths of the initial round of pandemic lockdowns.

Six Months of Misery - Not The (Only) Definition of a Recession

What officially is a recession? 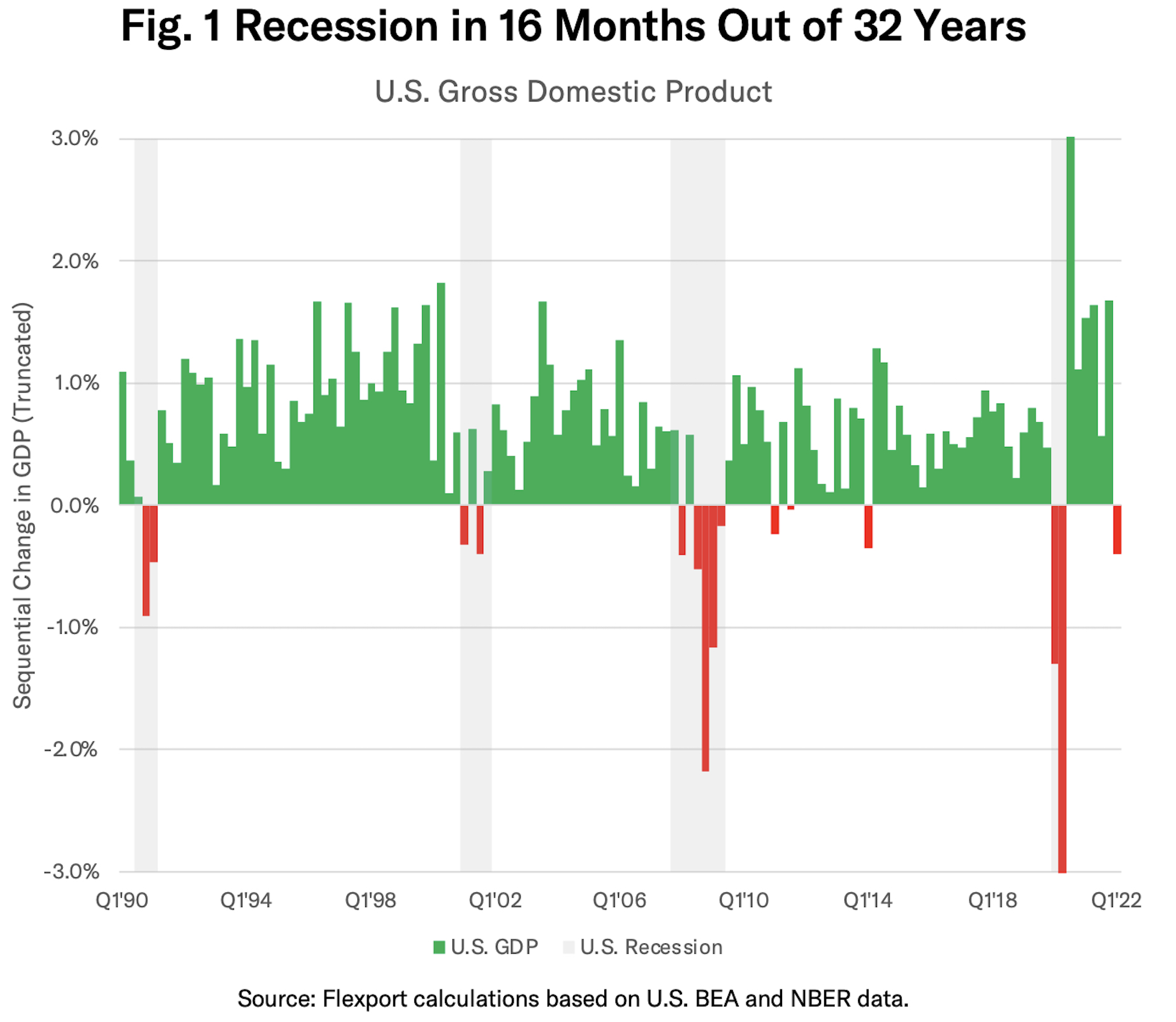 In the U.S. however recessions are officially declared by the National Bureau of Economic Research as a “significant decline in economic activity that is spread across the economy and that lasts more than a few months.”

The NBER uses a wide range of measures including income, consumption and employment as well as setting the timing of an economic cycle using GDP and Gross Domestic Income (GDI).

Figure 1 shows the sequential change in GDP (colored bars) compared to periods declared by the NBER as recessions (grey bars). Note the vertical axis is truncated for clarity with the pandemic collapse / recovery clipped.

Put another way, in principle it’s not just a matter of a short, mild reversal in economic activity, though recent recessions have been brief. The 2020 “COVID-19 recession” lasted just three months and the four recessions since 1990 lasted just 16 months in aggregate.

The NBER also tracks five measures of economic health which are published on a monthly basis. These have provided mixed signals during Q2’22. 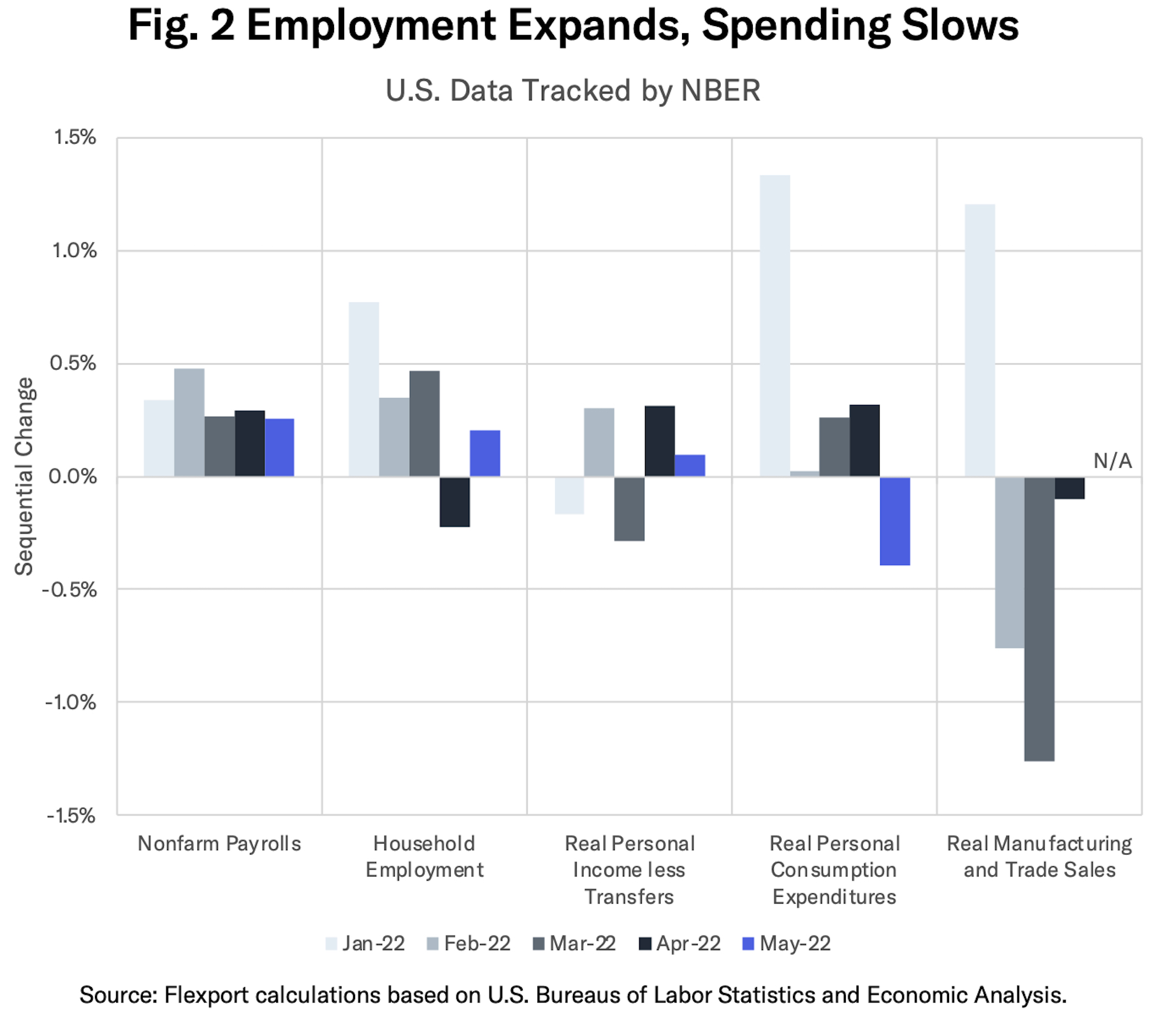 As shown in Figure 2, the measures for employment (nonfarm payrolls and household employment) both expanded in May after an employment hiccup in April. Real personal incomes increased in both April and May though the series has been volatile in 2022.

The concern may come from real (inflation-adjusted) Personal Consumption Expenditures and real Manufacturing and Trade Sales. The PCE measure fell by 0.4% in May vs. April, the first decline since December, while the manufacturing measure has declined by three straight months through April (May data has yet to be reported).

Which industries face the greatest risks during a recession?

The definition of a recession is less important, however, than the effects of a serious, prolonged or wide economic slowdown.

From a corporate perspective this can mean: reduced supply chain activity, including logistics services usage, as demand for goods slows; cost cutting in the form of reduced headcount or discretionary expenses; implementation of strategies to cut supply chain costs through renegotiation or supplier consolidation; and delays or reductions in capital investments.

A new Flexport analysis of Personal Consumption Expenditures by sector through the four U.S. recessions since 1990 shows clear clusters of “defensive” (i.e. less prone to decline in a recession) and “cyclical” (more prone) sectors based on peak-to-trough declines in PCE spending. Note the “pandemic recession” of 2020 is excluded from the analysis, as it was driven by non-economic factors. 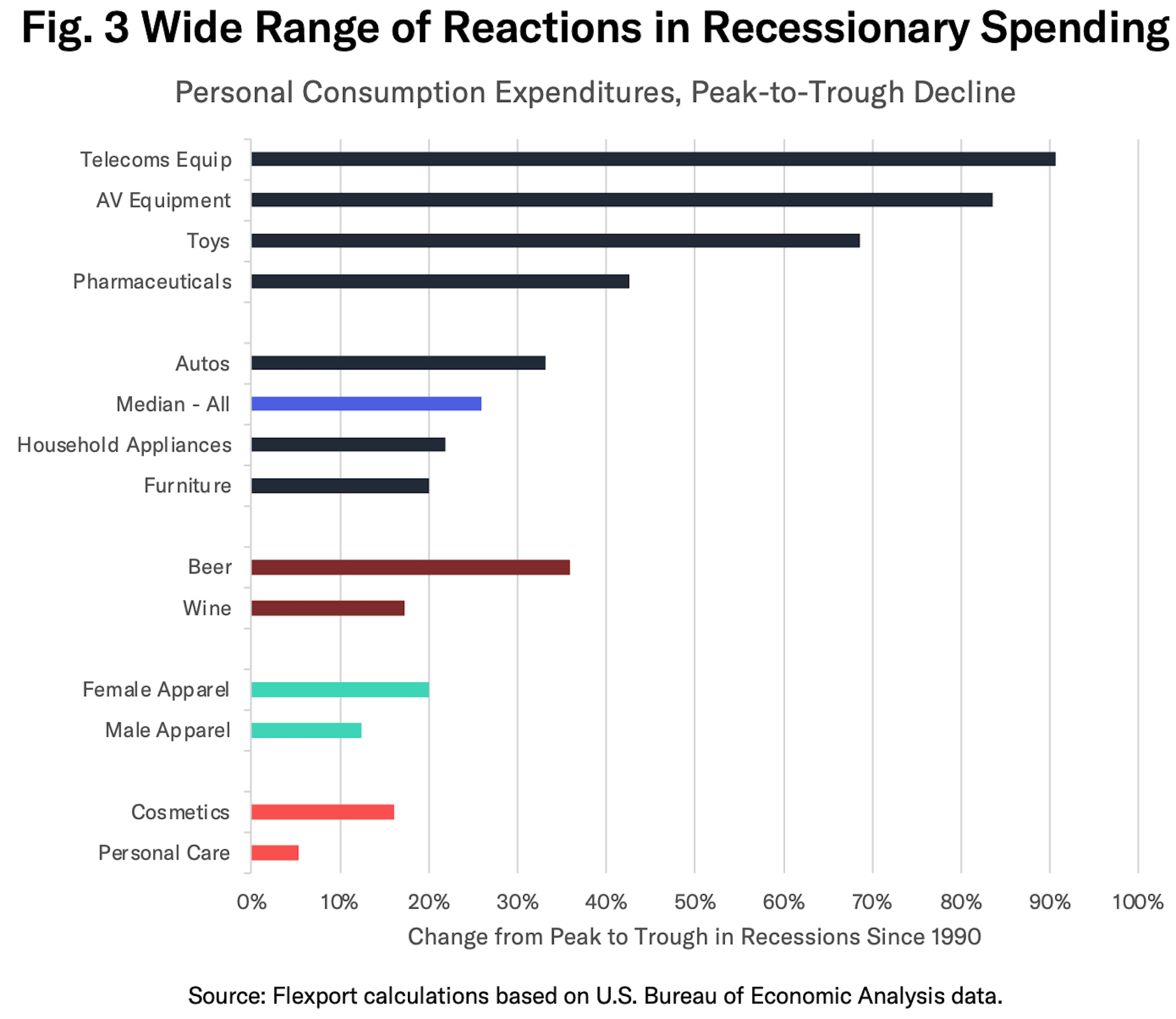 Figure 3 shows that PCE in the median sector fell by 26% from peak-to-trough in the past four recessions. The more defensive sectors were led by personal care (e.g. soaps and hair care) which fell by just 5% while medical supplies and apparel fell by 13% and 16% respectively.

Notably, within apparel there was a difference between the 20% fall in spending on female apparel (as defined by BEA calculations and disaggregated at the highly granular six-digit PCE series code level) and the 12% fall in male apparel, as shown by the green bars in Figure 3.

Other differences among defensives include spending on cosmetics which fell by much more than personal care (16% vs. 5% as shown by the red bars) which may reflect the tendency in cosmetics for shifting from high-priced originals to lower-priced mass-market brands in a recession. Similarly, spending on beer fell by more than wine (36% vs. 17% in the brown bars above) which may reflect brand-shifting in times of recession.

The most cyclical sectors were telecoms and audio-visual equipment with peak-to-trough PCE declines of 90% and 84% respectively. That’s perhaps not a surprise for big-ticket, discretionary spending. By contrast, purchases of autos (33%), large appliances (22%) and furniture (20%) were closer to the median.

A final surprise comes from spending on pharmaceuticals, which fell by 43% from peak-to-trough. That may include decisions around discretionary treatments as well as pricing pressure on branded products in a weaker economy.

One facet of the data is that, despite a changing economy, the ranking is relatively consistent across the four recessions since 1990. The broad patterns even apply to a wider set of recessions dating to the 1950s.

In conclusion: A recession is not just two-quarters of declining GDP, but rather an extensive disruption in the broad economy. And it’s a growing concern. Companies will tighten their belts, including across their supply chains. Industries that are more exposed to a recession in terms of PCE include high-end electronics while those that are less exposed include personal care and apparel.