Ocean and air freight rates and trends; customs and trade industry news plus Covid-19 impacts for the week of July 26, 2022. 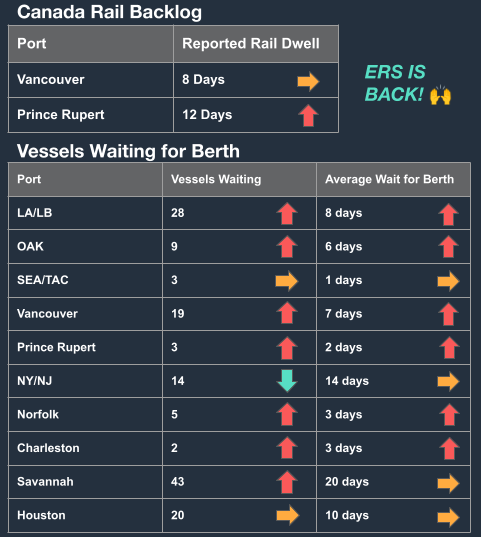 On July 19, the Senate Committee released the compromise legislative package to alleviate the semiconductor chip shortage and shore up U.S. competitiveness with China, colloquially called “CHIPS+.” The bill combines the science provisions of the House’s America COMPETES Act of 2022 and the Senate’s U.S. Innovation and Competition Act (USICA), which have been under negotiation in a conference committee since May. The trade provisions for renewal of the Generalized System of Preferences (GSP) and Miscellaneous Tariff Bill (MTB) programs, originally included in both the COMPETES Act and USICA, were removed from the compromise bill, leaving the path forward for these programs uncertain.

As of July 24, the Food and Drug Administration ended its policy of allowing the entity identification code “UNK” (unknown) in place of the DUNS number for the foreign supplier verification program (FSVP) importer on entry forms. CBP will reject an entry line of a food subject to the FSVP regulation when the importer’s DUNS number is not provided in the Entity Number field. The DUNS number is currently the only unique facility identifier recognized as acceptable by the FDA for importer identification.

Protests at Port of Oakland Quiet Down

According to The Loadstar, cargo is finally flowing through the port of Oakland following the truckers’ blockade and protests against AB5. On Friday, the vessel backlog had reached 12, and dwell times of import containers had risen to more than two weeks.

As supply chain disruptions ease and consumer demand cools, freight and charter rates are trending downwards, despite remaining elevated by historical standards—according to The Loadstar. This has prompted liners to enact blank sailings to cut back on effective capacity and keep rates up.

The European Central Bank joined the U.S. Fed in hiking rates this past week. It did so to address high and rising inflation, but a key challenge will be dealing with the indebtedness of key member states.

US: In the latest update, container shipping rates fell for a fifth straight week on a four-week trailing average basis while the time taken for the first stage of the ocean shipping process fell to the lowest since May 2021.EU: Consumer and industrial confidence continued their decline towards pandemic era lows. The potential for reduced activity resulting from lower confidence can be seen in falling shipping rates and ocean handling times.