Let’s start with a chart. This week, it's US Labor Market: Job Openings and Quits. 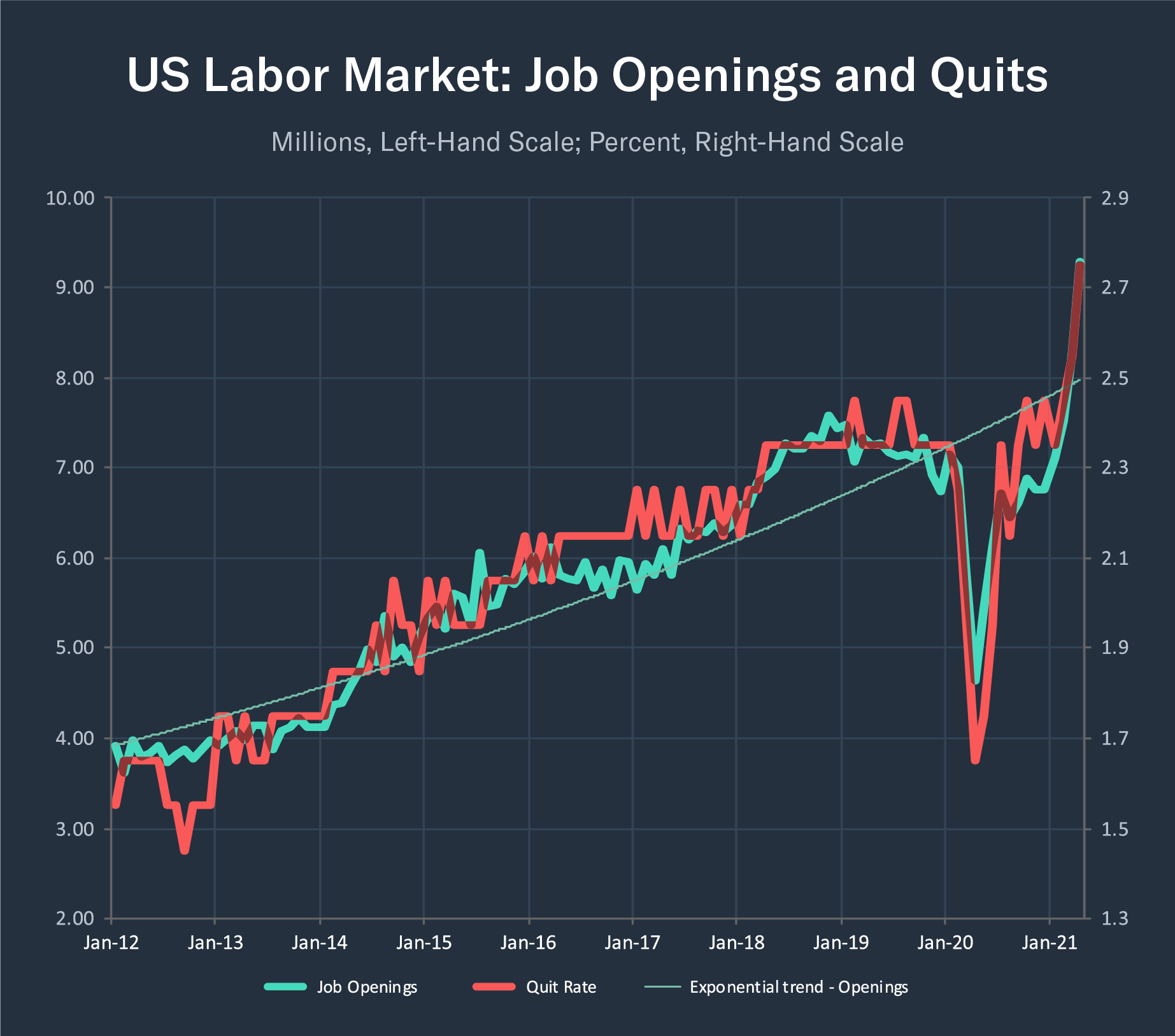 The chart runs from January 2012 through the just-released April 2021 data, so it’s a little older than the May unemployment data we saw last week. But it’s still remarkable for several reasons.

The blue line shows millions of job openings and uses the scale on the left. The red line shows the percentage of workers who voluntarily quit from their jobs (scale on right).

The first remarkable thing is how closely these series track; as a level and a percentage, they normally wouldn’t. But in the beginning of 2021 they actually seem to overlap. It’s not surprising that they would be roughly correlated; we generally think that the stronger the labor market, the more willing workers are to quit their current job and try something else.

The second remarkable thing is the strength shown in April and recent months. Both April numbers—9.3m job openings and a 2.7% quit rate—are series highs. This is less surprising for the level of openings than it is for the quit rate. Not only are these high, but this is more than compensating for the Covid economic dip of 2020. The thin blue curve shows an exponential trend for job openings across the entire period. Actual openings have shot above it in recent months.

This is evidence of a very strong job market, to be set against other, weaker data (unemployment rate, employment/population) that has yet to return to its pre-Covid levels.

For all but semiconductors, the focus was not on facilitating global trade or making it more reliable, but on reshoring production. This would be done through loans, grants, regulation, and government investments, along with committees that will study the issue.

For semiconductors, there was an openness to working with partner countries, such as Japan and Korea.

There was a less-specific call to use diplomatic and financial tools to support global supply chains.

The Biden administration reversed a Trump ban on TikTok and other Chinese apps and promised a new security review process.