Let’s start with a chart. This week, it's the US Civilian Unemployment Rate.

The most striking data release of the week was the April employment situation: 266K new jobs and an unemployment rate of 6.1%. 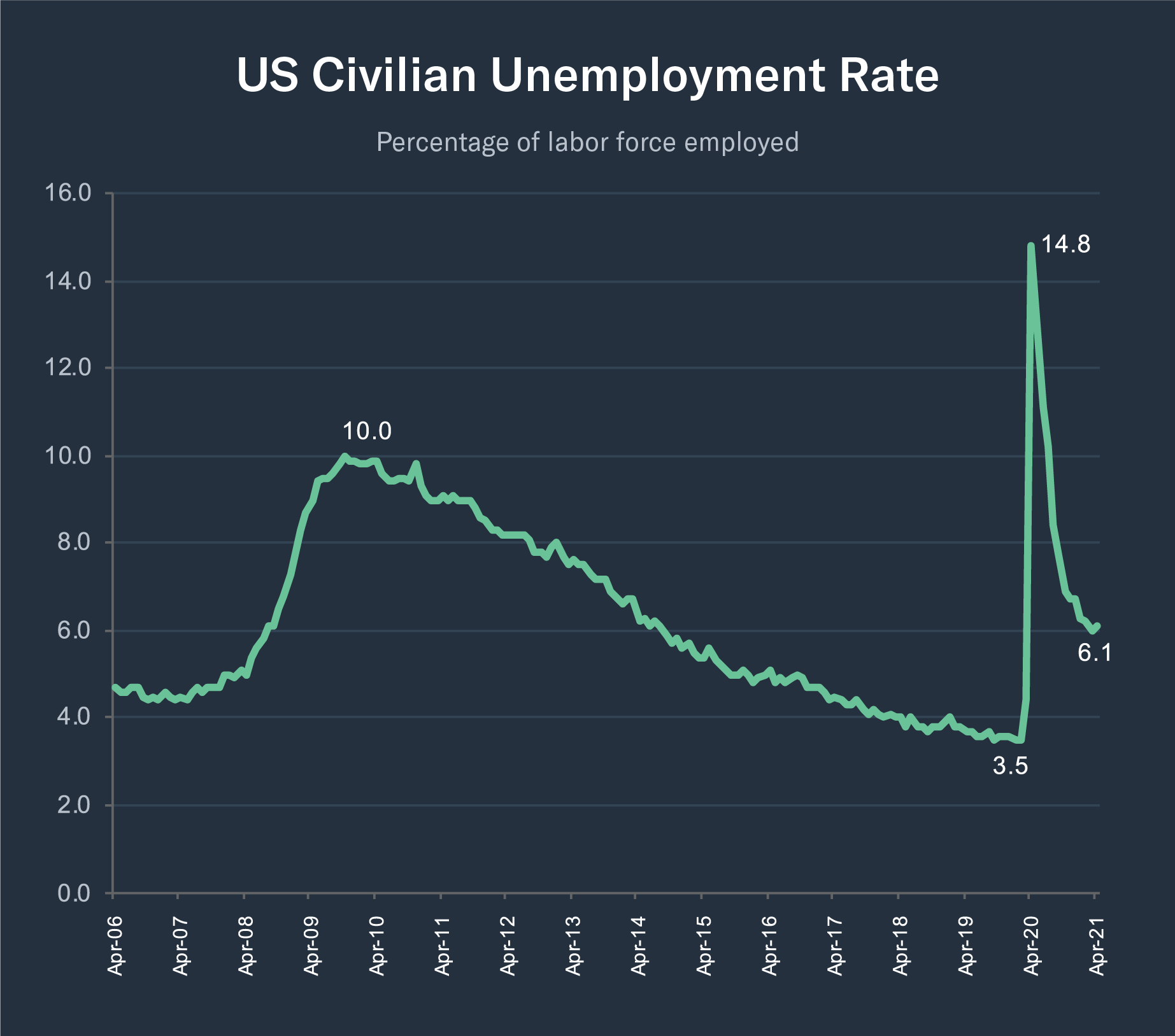 These numbers were dramatically weaker than expectations, which called for roughly 1m new jobs and an unemployment rate falling to 5.8%, rather than notching up from last month’s 6.0%.

Both the size of the labor force and the employment-population ratio were up slightly, each a weakly positive sign of recovery.

The numbers seemed to contradict the narrative of an incipient economic boom and a rapid recovery.

In its statements, the Federal Reserve Board has said the economy remains far from its maximum employment goal. The latest figure of 9.8m unemployed is 5.7m above February 2020. If that is the size of the employment gap, it would take almost 2 years to close at 266K new jobs per month (and that would assume no labor force growth).

There is sampling variation in employment numbers, but this miss was substantially greater than the +/- 110K confidence interval.

One thing that is not novel is to have the unemployment rate blip upward for a month while generally trending down. That happened for 31 of the 124 months between the October 2009 peak rate of 10.0% and the February 2020 trough of 3.5%.

The April 2021 increase in the unemployment rate is the first since the rate began dropping in May 2020.

The unexpectedly weak employment numbers sparked a policy debate about the impact and merits of additional stimulus and unemployment benefits.

US Trade Growth Shoots Up

A burst of US trade growth in March set new records. Imports of goods and services were up 6.3% over February, while exports were up 6.6%.

On an unadjusted census basis, imports and exports each grew by 22% from February.

US Manufacturing Index Grows, but Slowly

The Institute for Supply Management's US Manufacturing Index shows slower expansion than expected in April. One of the biggest monthly component drops was in imports, showing only slow growth.

US Productivity Rises in Q1