Let’s start with a chart. This week, it's US Initial Weekly Jobless Claims. 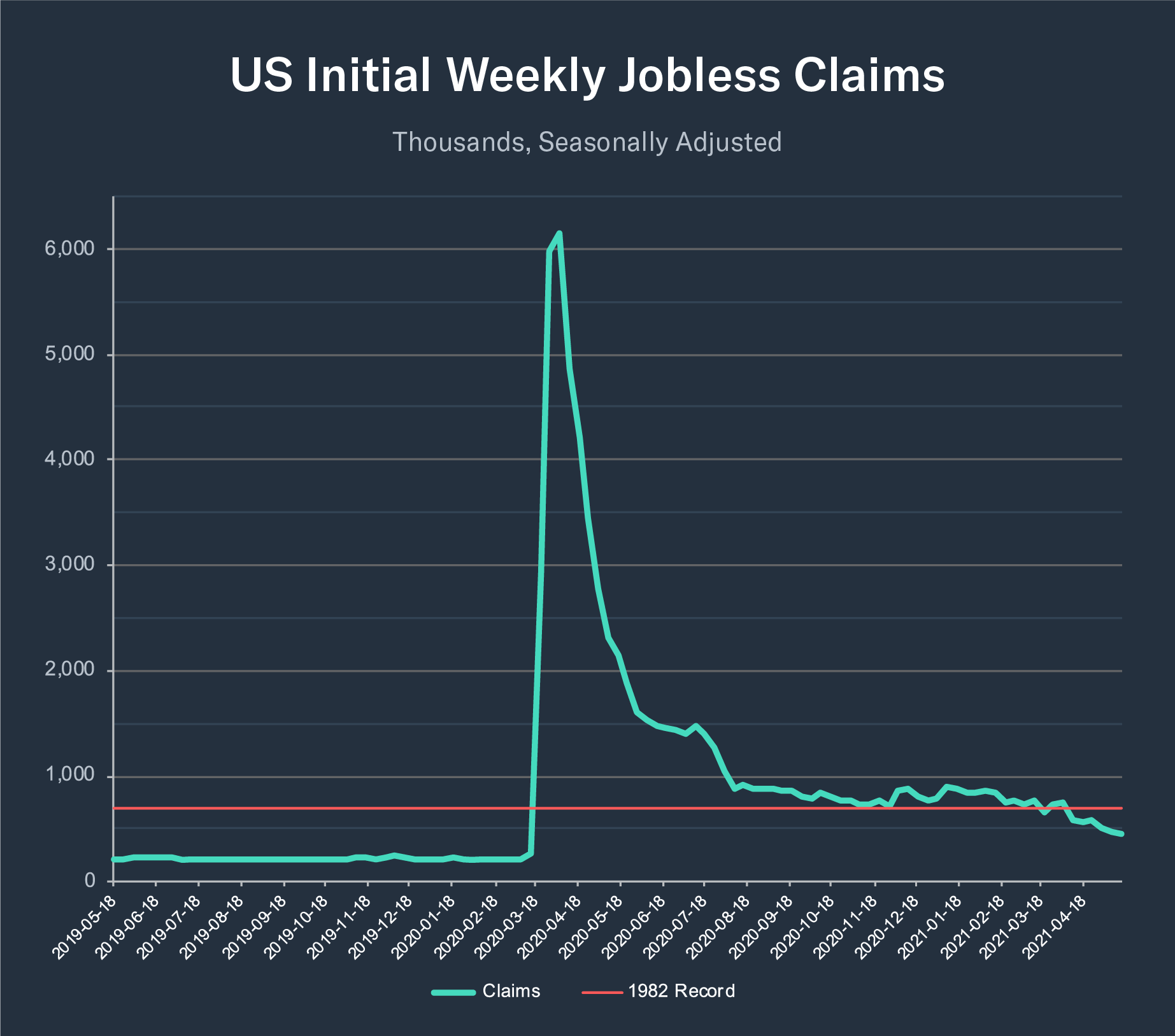 The latest report on weekly unemployment claims set the number at 444K, which was taken as an encouraging sign of recovery in the labor market.

Whether that number is high or low depends on the comparison one makes. It is the lowest weekly number since the economic effects of the Covid pandemic began being felt in March 2020. It is the third straight weekly decline in the number, and the graph seems to show a downward trend in recent months.

The number looks somewhat high, relative to some other yardsticks. The graph reports data back to May 2019. For the initial period, from May 18, 2019 through March 7, 2020, the average level of claims was 216K, and the maximum was 238K. The most recent number is still double the immediate pre-Covid average.

The thin red line on the graph shows the all-time record level before the Covid pandemic, 695K, set in October 1982. Not shown was the record from the global financial crisis of 665K, set in March 2009. Weekly claims under the pandemic did not retreat below these record levels until March 2021, a full year after the onset.

This “half-empty, half-full” way of looking at the labor market is emblematic of what’s behind the debate over whether monetary policy should be tightened. By some measures, the labor market seems to be recovering, and there are indications of new wage pressures. By other measures, there is a long way to go.

Growth was uneven across major European economies in Q1: France grew 0.4%, Italy shrank 0.4%, Spain and the Netherlands were down 0.5%, and Germany fell 1.7%.

IHS Markit Purchasing Manager Index numbers for Euro Zone composite output hit a 39-month high in May, though the strength was concentrated in services.

The comparable US May PMI was 68.1, up from 63.5 in April. Both manufacturing and services numbers set records.

UK retail spending is up for April by 9.2%, roughly double estimates.

On Friday, the UK proposed terms that would phase out import barriers over 15 years. The agreement is controversial because of agriculture, but also marks a milestone in post-Brexit trade policy, as it does not replace an existing EU deal. Such an agreement could also facilitate UK entry into the CPTPP.