Ocean and air freight rates and trends; customs and trade industry news plus Covid-19 impacts for the week of May 31, 2022. 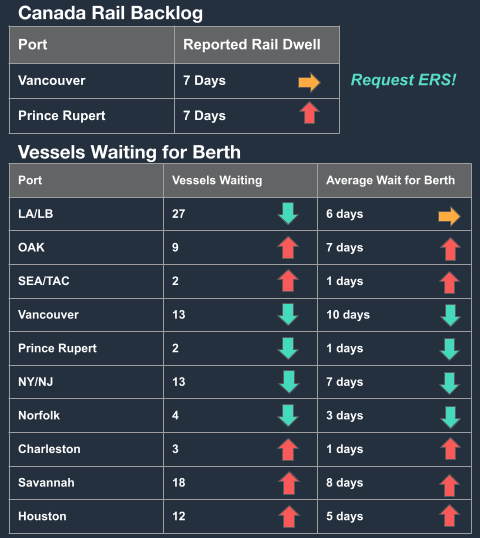 Tariff exclusions for COVID-19-related products extended The US Trade Representative (USTR) announced an extension for exclusions related to COVID-19 related products originally set to expire on May 31, 2022. For the 81 exclusion descriptions, the new expiration date is November 30, 2022.

New Activity Related to UK-US Free Trade The United Kingdom and the state of Indiana have signed a trade and economic development Memorandum of Understanding (MoU). The MoU’s intent is to spur closer business and financial ties between the UK and Indiana by lowering trade and investment barriers. On the federal level, the US Senate unanimously approved a nonbinding resolution to pursue a free trade agreement with the UK. Senator Mike Lee (R-UT) introduced the resolution to pressure the USTR to resume negotiations with the UK on a final, comprehensive free trade agreement.

Contract Rates Rise Above Spot The Loadstar has reported that long-term container line contract rate agreements have reached new highs, in some instances much higher than the spot market rates. In this current market, shippers are being “bled dry,” while carriers reported record earnings. As Shanghai lockdowns are lifted, pending supply chain disruption will only continue to boost earnings.

Shanghai’s Lockdown Impact on Port of Oakland According to SupplyChainDive, the lockdowns in Shanghai have delayed US-bound shipments, which has led to disruption of ocean carrier scheduling. The Port of Oakland reports that cargo in April has dropped by 7% as compared to the previous period in 2021. As volume has slowed, the number of vessels going into the port has decreased significantly.

Weekly Economic Report: Smooth Consumers The pandemic era has seen wild swings in US personal savings, with the rate hitting its lowest in over a decade in April. The accumulated savings during the pandemic have allowed consumption to remain strong, even as income growth has faltered. Most recently, there has been a split between stronger durables and weaker non-durables consumption.

Air Timeliness Indicator The Air Timeliness Indicator measures the amount of time taken to move airfreight along two major trade lanes from the point of consolidation to arrival at final destination. The latest indicator saw the Transpacific Eastbound lane (TPEB) decrease to 11.1 days for the four weeks leading to May 29. For the Far-East Westbound lane (FEWB), there was also a significant decrease to 10.2 days. Air times may reflect seasonal shifts working their way out of the system as importers switch to summer goods.

Ocean Timeliness Indicator The Ocean Timeliness Indicator similarly measures transit time for ocean freight along the same two trade lanes. In the past week, the TPEB fell to 100 days, reaching the lowest since November 7 2021 following a decline from seasonal highs. The FEWB fell by 1 day to 104 days, likely as the result of improved cargo-ready to origin port departure times.

Logistics Pressure Matrix Flexport’s Logistics Pressure Matrix (LPM) gathers 10 data points in an attempt to provide a picture of the challenges facing logistics networks from the demand side and a view of ongoing activity on US-inbound routes. In the latest update, the various measures appear to be taking contradictory paths. Retail inventories and shipping rates increased, indicating increased pressure. Yet, the inflation-adjusted value of imports fell and the timeliness of ocean and air freight have improved. Upstream supply chain disruptions may be playing their part.