Rail’s Getting in the Way - Inland U.S. Congestion Issues

U.S. rail networks have entered a new period of congestion even as carloads carried have fallen and the freight demand outlook darkens. Employment in rail has not recovered after the pandemic and has lagged the development of volumes over the past 18 months.

The U.S. rail network is returning to a level of disruptions last seen in November 2021. Rail operators have decided to limit operations for some cargo types in response to emerging congestion. There are signs of a knock-on effect to seaport operations. While there are some signs of improvement in rail conditions, the delays are far from cleared.

The congestion on the rail network appears to be focused on specific rail terminals, as indicated by the dwell time (the time a railcar waits for its onward journey) at key terminals. 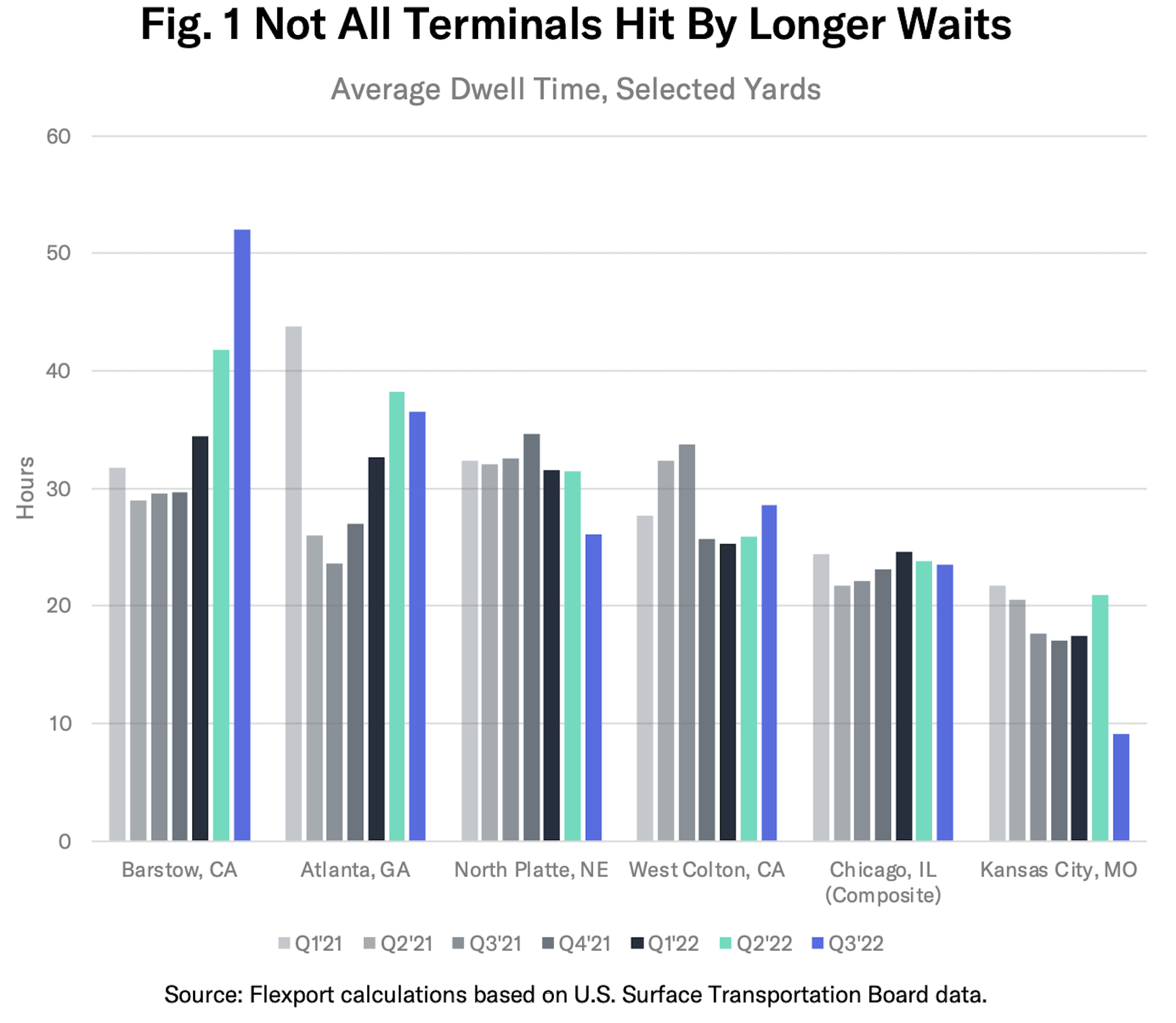 Figure 1 shows dwell time for selected major terminals. Barstow and West Colton in California are especially important as they are links in many intermodal routes, carrying containers and chassis away from West Coast ports.

These ports have seen increased dwell times, with data so far in Q3’22 (blue bar) indicating an increase from the Q2’22 average (green bar) of 24.3% and 10.5% respectively in July while Q2 was also slower than Q1’22 (black bar). This means slower inland transit times for intermodal shippers from the West Coast, and could contribute to the increase in traffic to east coast ports as discussed in prior Flexport Research.

The spike in dwell times in Atlanta of 54.6% year over year may be a sign of increased congestion in ports like Charleston and Savannah though there has been a dip so far in Q3’22 versus Q2’22.

The average for Chicago rail yards saw little change, increasing by just 6.2% year over year in Q3’22, while other central terminals saw declines. North Platte, Nebraska, and Kansas City both saw dwell times fall in recent weeks against the Q2 average, down 17.2% and 56.2% respectively. That would suggest network congestion has yet to spread widely.

Rail Traffic is in Decline

Elevated volumes do not appear to be the culprit. There are signs of a slowdown in trade activity, flagged in Flexport’s Logistics Pressure Matrix. Indeed, data from the Surface Transportation Board shows that intermodal carloads, which accounted for 49% of total rail traffic in 2021, have experienced decreased activity in 2022 - not a major congestion-causing surge. 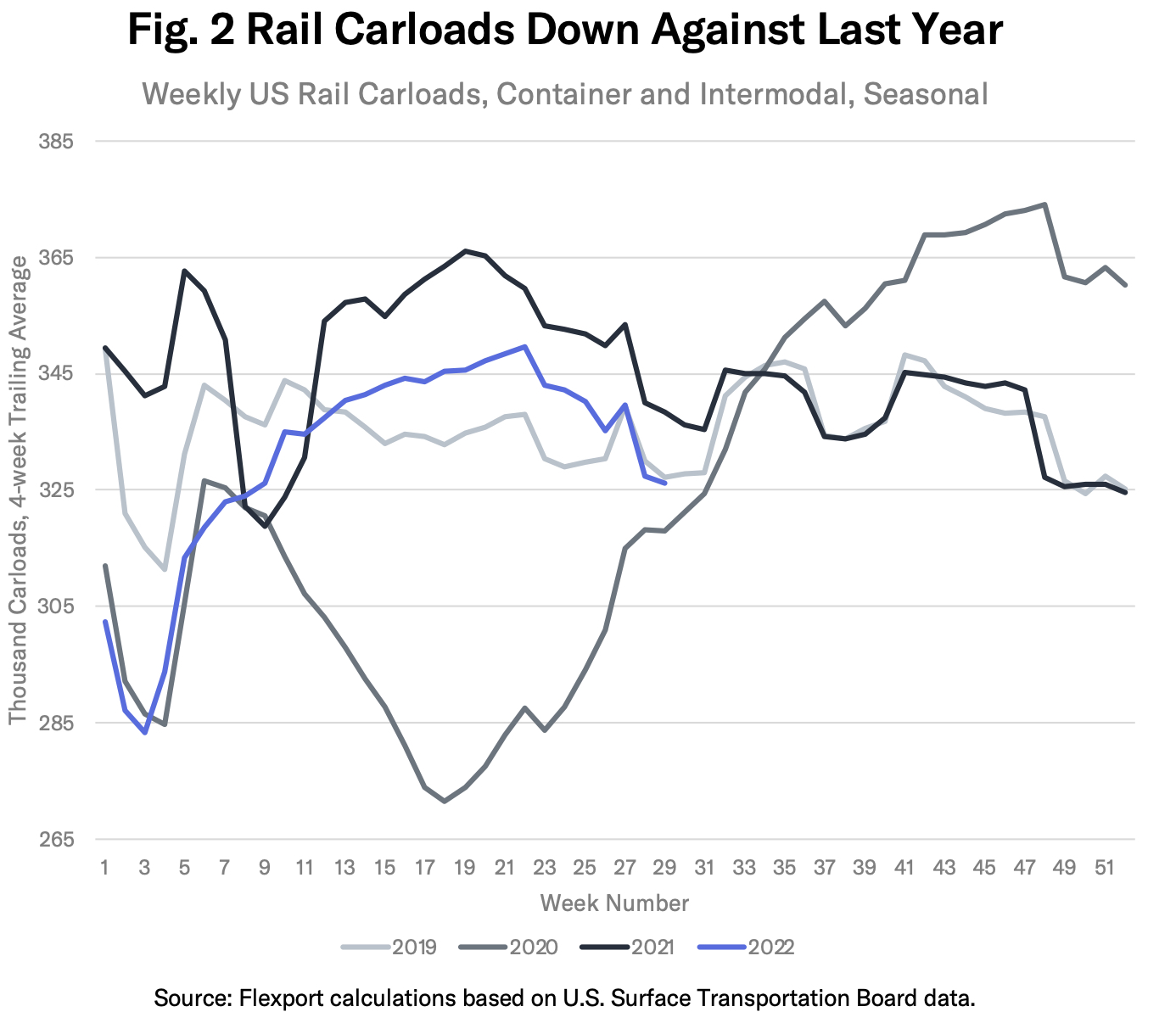 Figure 2 shows that the trailing 4 week average of container and intermodal carloads in the U.S. is down 3.6% year over year as of July 20, 2022, shown by the blue line. There is little seasonality to the data, aside from public holiday closures, with activity having slowed through much of the second half of 2021 (black line).

It’s worth noting that total carload handling-including farm, energy, mineral and automotive freight-fell by 1.9% year over year in the same four-week period in 2021. The downturn would suggest volume demands for intermodal traffic are not a driver of the congestion.

Employment May be a Challenge

The move to precision railroading by the Class 1 railroad firms has brought a major shift in working practices over the past three years. When combined with the impact of the pandemic there appear to be challenges in terms of labor availability as well as the prospect of strikes.

The situation reached a recent inflection point with the White House intervening in contract negotiations and putting in place an emergency order to prevent strikes for 60 days. Railroads in Canada have also seen strike action, with the carriers citing insufficient drayage employment as part of the problem. 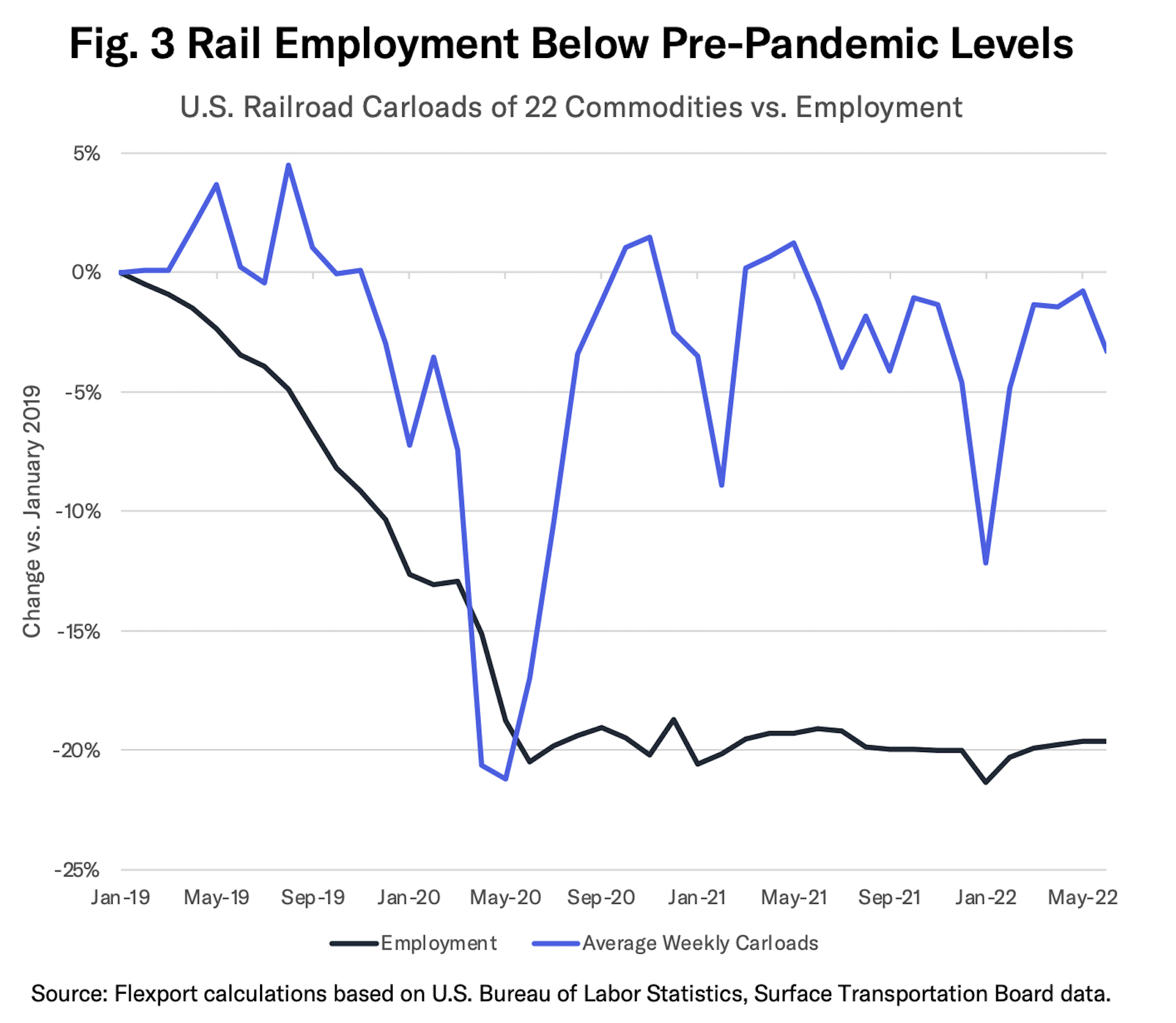 Figure 3 shows that rail employment had been falling since before the pandemic. This puts employment at odds with the number of carloads in the system. Employment levels in rail are down by around 20% since January 2019 while volumes handled across all car types are 5% to 10% higher. That’s a marked contrast to other logistics sectors, such as warehousing, which have recovered.

In conclusion: U.S. rail networks are experiencing falling volumes yet are still facing congestion in selected terminals. That may reflect employment challenges dating back to before the pandemic.