Ocean and air freight rates and trends; customs and trade industry news plus Covid-19 impacts for the week of June 7, 2022. 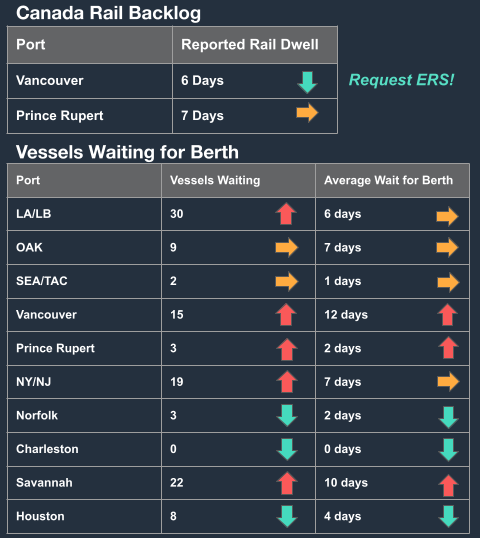 Biden Administration Temporarily Halts AD/CV Duty Collection for Certain Solar Cells On June 6, President Joe Biden announced a decision to permit duty free imports of solar cells from Cambodia, Malaysia, Thailand, and Vietnam, regardless of the outcome of a current anti-circumvention Department of Commerce investigation. The Department of Commerce has said they will implement any results after the two-year grace period ends.

US Import Demand Drops to Pre-Pandemic Levels A recent article in FreightWaves has reported that recent ocean container booking data shows import demand has decreased significantly. Consumer buying patterns have normalized to pre-Covid levels and U.S. retailers are finding themselves with a surplus of inventory. As a result, freight forwarders are seeing expanding margins on ocean freight.

What to Expect Following Shanghai Lockdown As Shanghai comes out of lockdown, ongoing restrictions mean that it will likely take weeks or months to return to the normal level of output volumes and shipper container volumes, as reported by Loadstar. According to their sources, ocean carrier schedules will likely return to normal later in June.

Space Rates - The State of U.S. Warehousing Logistics networks have been beset by pressures resulting from elevated demand and effectively fixed supply. Then there is the question of where one keeps all the stuff. What is happening with warehouse capacity? Is the sector at risk from reduced demand? Warehouse pricing data from WarehouseQuote shows rates remain high, while economic data shows vacancies may be rising and continued demand growth is in doubt.

Weekly Economic Report: Some Like it Hot By multiple measures, the U.S. labor market looks about as strong as it has for twenty years. A key question is whether that will spur even more inflation. If so, the May jobs report did not pick that up.

Air Timeliness Indicator The Air Timeliness Indicator measures the amount of time taken to move airfreight along two major trade lanes from the point of consolidation to arrival at final destination. The latest indicator saw the TPEB rise to 11.2 days for the four weeks leading to June 5. For the FEWB, there was also a second straight decrease to 10.1 days. Air times may reflect seasonal shifts working their way out of the system as importers switch to summer goods.

Ocean Timeliness Indicator The Ocean Timeliness Indicator similarly measures transit time for ocean freight along the same two trade lanes. In the past week, the TPEB increased two days to 102 days after several straight weeks of decline. The FEWB saw no change, remaining at 100 days, likely seeing some of the early year seasonal effects wear off. Continued improvements in cargo ready to departure times may still be moving through the system as Asian ports debottleneck.

Logistics Pressure Matrix Flexport’s Logistics Pressure Matrix (LPM) gathers 10 data points in an attempt to provide a picture of the challenges facing logistics networks from the demand side and a view of ongoing activity on US-inbound routes. In the latest update, the various measures appear to be taking contradictory paths. Retail inventories and shipping rates increased, indicating increased pressure. Yet, the inflation-adjusted value of imports fell and the timeliness of ocean and air freight have improved. Upstream supply chain disruptions may be playing their part.