Ocean and air freight rates and trends; customs and trade industry news plus Covid-19 impacts for the week of June 28, 2022. 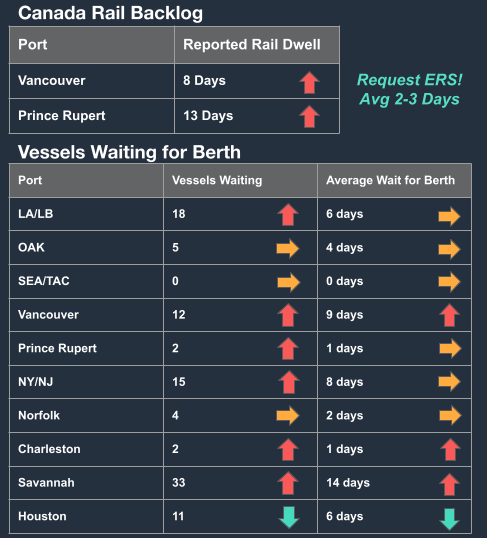 Uyghur Forced Labor Prevention Act Takes Effect On June 21, the Uyghur Forced Labor Prevention Act (UFLPA) took effect. Under the new law, U.S. Customs and Border Protection (CBP) presumes that all goods made in whole or in part in the Xinjiang region of China, or by entities on the newly-released UFLPA Entity List, are made with forced labor, and therefore prohibited from importation into the US. Importer guidance for complying with the law’s due diligence requirements and overcoming the forced labor presumption can be found in the Department of Homeland Security’s UFLPA Strategy.

U.S. to Impose 35% Tariffs on Russian Imports In an Executive Order issued on June 27, President Biden announced the U.S. will increase tariff rates to 35% for over 570 groups of Russian products. The tariff increase is set to go into effect July 27, with an annex listing all impacted products to be published in a forthcoming Federal Register notice.

Vietnam: Vietnam is likely to replace China as the factory of the world in the near future. Source

Thailand: Car manufacturing for export from January to May slides 40% amid dip in orders. Source

Malaysia: Drone factory to be set up in Malaysia. Source

Singapore: The manufacturing sector surged in May 2022 due to semiconductor production. Source

India: Intel announced the expansion of its design and engineering footprint in India with a new state of the art facility in Bengaluru. Source

Sri Lanka: Port of Colombo loses volume and sees Port of Mundra, India benefitting from the crisis Sri lanka is facing as prices of 20ft & 40ft containers are climbing in mundra. Source

Bangladesh: Bangladesh Prime Minister opens the longest bridge called Padma Bridge that connects with India as it looks to improve the nation’s development index through road, rail and ports. Source

Spot Rates Fall Below Contract Prices According to The Loadstar, spot container freight rates on the east-west lane continue to soften, as demand dips among western consumers. Data from Freightos indicates that over half of shippers that responded have placed peak season orders early in hopes of building up inventory. As a result, long-term contract rates are now higher than spot rates.

Shippers Continue Airfreight Spend According to SupplyChainDive, brands are continuing to opt for airfreight to meet demand, despite the increased costs. Despite “slower months,” these brands are bolstering supply for the second half of the year, in anticipation of supply chain challenges and delays.

Tech Stops, Energy Flows - Sanctions Impact on Russian Trade This report reviews data from third-party countries to assess the impact of sanctions on Russian trade and finds that Russia’s trade with the EU, China and the U.S. fell by 13% sequentially in April vs. March and by 4% sequentially. Looking ahead the transformation of global energy flows may limit further declines though many sanctions have yet to be fully implemented.

Weekly Economic Report: Front Runner, Slow Progress The Bank of England has been at the forefront of tightening monetary policy and so far inflation and the housing market have yet to respond, though consumer spending is falling. This may indicate more tightening ahead.