Ocean and air freight rates and trends; customs and trade industry news plus Covid-19 impacts for the week of May 17, 2022. 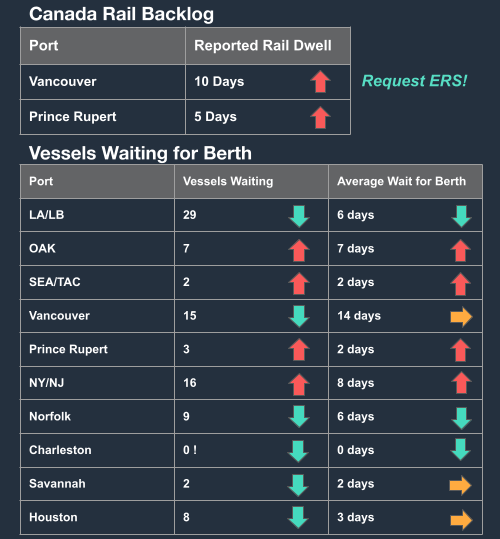 Senator Will Introduce Bill to Waive Tariffs on Imported Infant Formula Senator Mike Lee (R-UT) plans to introduce a bill to temporarily rescind tariffs for six months on infant formula from certain countries. The bill would also waive FDA labeling and nutrition requirements for formula from countries with similar approval standards as the U.S. and prohibit the FDA from recalling infant formula if labeling is the only reason for the recall.

High Fuel Prices Could Push Owner-Operators Out of Trucking FreightWaves has reported that the increase in fuel prices and decline in spot market rates have created a huge financial burden for the 350,000 registered owner-operators. With this recent challenge exacerbated by flattening demand, it’s expected that many will move to sell their trucks as the protection of company driving becomes increasingly more appealing.

US Container Imports Up 7% in April As the Covid lockdown in Shanghai approaches seven weeks and has prompted an increase in blank sailings, The Loadstar has reported US West Coast ports are experiencing a lull in May import volumes, despite an increase in container imports in the month of April. Furthermore, in anticipation of the west coast labor agreement set for July 1st, shippers are increasingly opting for the east coast ports over the west coast.

Post-Covid Indicator Flexport’s Post-Covid Indicator measures the balance between U.S. consumers’ spending on goods versus services. Our latest update sees the potential for consumers’ preferences for goods declining back to summer 2020 levels over the next three months. The main driver is a downturn in nondurables preferences adjusted for inflation, which may be near pre-pandemic levels by the end of Q2.

Weekly Economic Report: Alarm Bell Rings Flexport has been tracking and forecasting U.S. consumers’ heightened preference for goods over services throughout the pandemic. Our indicator was designed to signal when there were signs of consumer behavior returning to pre-Covid norms. That signal just went off.

Air Timeliness Indicator The Air Timeliness Indicator measures the amount of time taken to move airfreight along two major trade lanes from the point of consolidation to arrival at final destination. The latest indicator saw a slight decrease for the Transpacific Eastbound lane (TPEB) at 11.4 days in the four weeks leading to May 1. For the Far-East Westbound lane (FEWB), delays once again beat their highest level since the end of February, hitting 10.8 days. Air times may reflect seasonal shifts working their way out of the system as importers switch to summer goods.

Ocean Timeliness Indicator The Ocean Timeliness Indicator similarly measures transit time for ocean freight along the same two trade lanes. In the past week, TPEB increased to 104 days stopping the decline of the metric but remaining near November levels. The FEWB saw a much more significant increase, increasing by 3 days to 108 and showing that seasonal effects from the Lunar New Year Holidays have passed.