Ocean and air freight rates and trends; customs and trade industry news plus Covid-19 impacts for the week of August 23, 2022. 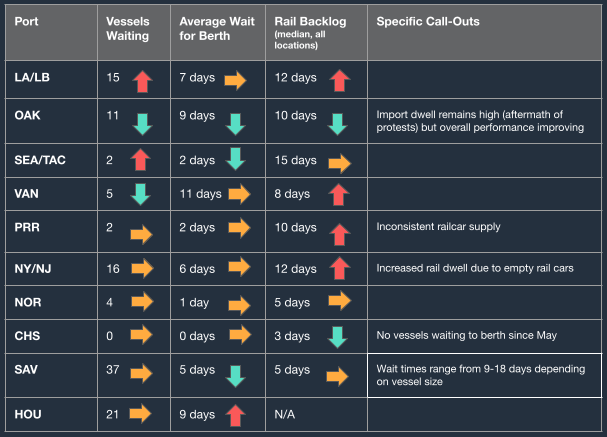 On August 17, the USTR announced the commencement of formal negotiations for the U.S.-Taiwan Initiative on 21st Century Trade with the release of the negotiating mandate. The first round of negotiations are expected to begin this fall.

The Bureau of Industry and Security (BIS) announced the addition of seven Chinese entities to its Entity list, effective August 24. The entities are named for acquiring, or attempting to acquire, technology to aid the Chinese military. For these seven entities added to the Entity List, BIS imposes a license requirement for all items subject to the Export Administration Regulations, to be reviewed under a policy of presumption of denial.

Bloomberg reports that about 2,000 dock workers have begun an eight-day strike at the Port of Felixstowe, the UK’s biggest gateway for containerized imports and exports. Despite recent easing of congestion, the strike will likely reverse this progress and increase container dwell times, as estimated by Flexport Research.

The Loadstar reports that recent power shortages and power rationing, caused by a record heatwave and drought, has caused China’s critical factories to close for a number of days. In Sichuan, factories were ordered to shut for six days, despite the province being a key manufacturing region for the battery and semiconductor industries.

A strike by port workers at Felixstowe in the U.K. is just one of several such labor disruptions facing supply chains in 2022. Felixstowe is the largest container port in the U.K and the impact of a proposed 8-day strike will have implications for both local supply chains—particularly in apparel—and global logistics networks. If the proposed time-limited strike occurs, it could take several weeks for the port to recover and the impact on global logistics networks to unwind.

European gas and electricity prices for delivery during the coming winter have risen by 40% since the start of July. The market is pricing in supply interruption risks. Should supplies fail, the consequences will be felt in higher producer price inflation.

Also a reminder: the weekly economic report is now its own newsletter! You can sign up here to have these insights delivered directly to your inbox each week.