The December jobs numbers showed a very strong US job market, easily meeting the Federal Reserve’s objective of full employment. That leaves the Fed free to focus its energies on battling inflation, where the numbers are not as encouraging. 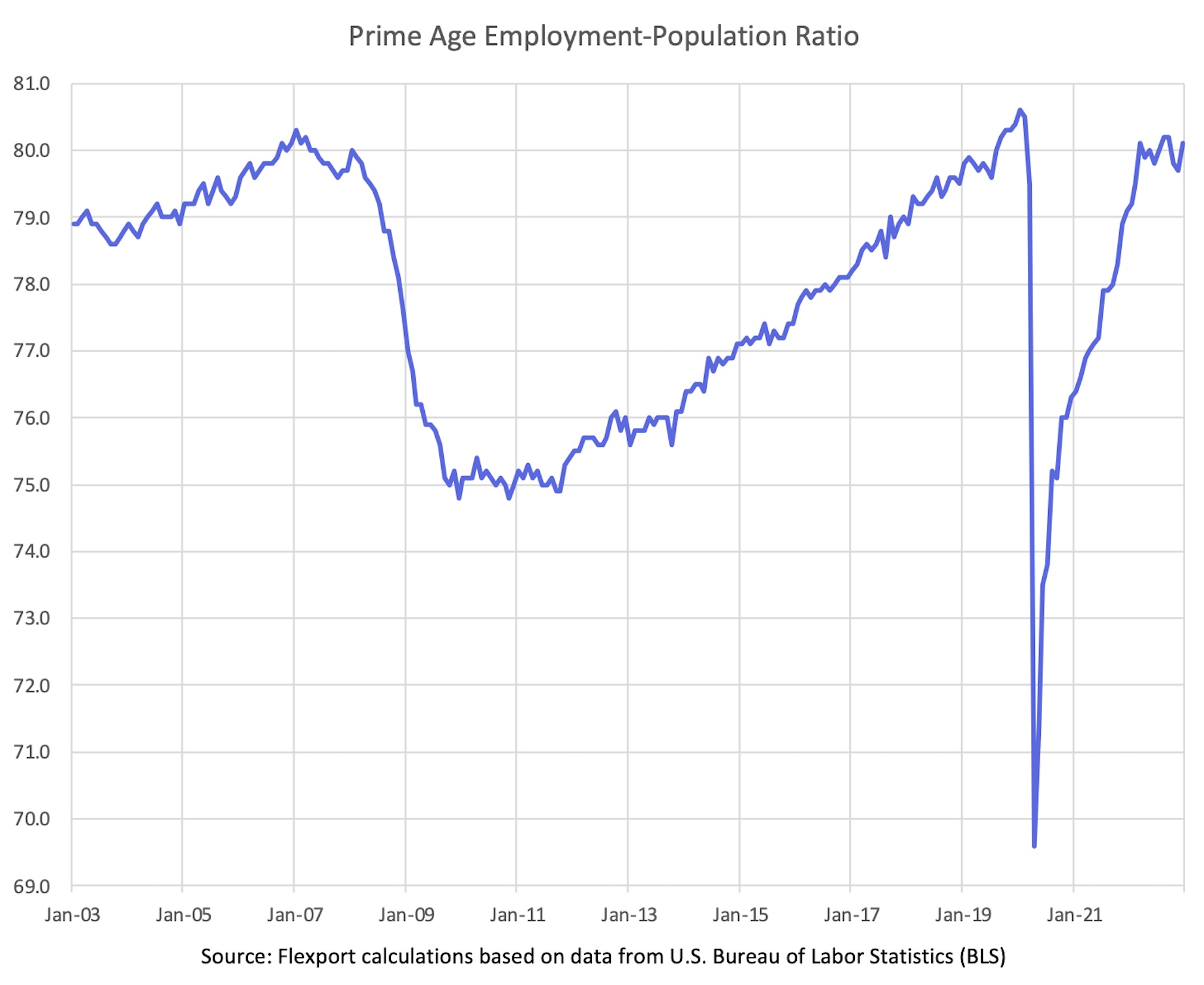 The December jobs release from the BLS was indisputably providing relevant information about what the Federal Reserve is likely to do in coming months and, in turn, about the likely trajectory of the US economy. But what was the message?

Markets initially seemed encouraged by what they took as a positive message, rising by more than 2% on Friday. Investors seemed particularly enthused by the limited increase in average hourly earnings, which rose by 0.3% for the month, less than the 0.4% anticipated. This seemed to suggest that inflation fears might be receding while growth and employment remained strong. What’s not to like about that?

There’s another way to interpret the same report. To pick out the relevant parts, one can start with the Fed’s dual mandate: full employment and price stability. The jobs report gave ample evidence that the first goal is being met. While the 223K net new jobs is a modest figure, the 3.5% unemployment rate is historically very low.

The unemployment rate can mislead as an indicator when there are questions about labor force participation, since people who are not seeking jobs do not count in the statistics as unemployed. There can also be questions about the effect of retirements on labor force numbers. The chart above shows an indicator that sidesteps both difficulties. It shows the ratio of employment to population for ages 25-54. In December, that figure was a very strong 80.1.

The chart shows the last 20 years of data. The latest December number was in the top 6% of monthly readings for those decades. This tells us at least two things: First, for all the anecdotal stories about layoffs, the labor market looks very strong. Second, with full employment achieved, the Fed can focus more fully on price stability. That picture is much less rosy.

Perhaps the most reliable, least volatile measure of inflation is the “trimmed-mean PCE” number put out by the Dallas Fed. Since June of last year, that 12-month inflation number has been in the 4.5%-4.7% range. The most recent reading (November) was 4.6%. While that suggests inflation stability, it does not suggest price stability, which the Fed has defined as 2.0% inflation.

What of the encouraging average hourly earnings number in the latest jobs report? That 0.3% monthly increase accompanied a 4.6% increase over the last year—still above 2%. Further, the average hourly earnings number has not correlated especially well with trimmed mean PCE in recent years (21.8% correlation from January 2020 to November 2022), so there’s little solace in a downward dip.

Under this interpretation, then, the job report’s message to the Fed was: don’t worry about the state of the economy; you’ve achieved full employment. Focus your energies on battling inflation. That’s different from “soft landing.”

Flexport’s Air Timeliness Indicator meanwhile shows the TPEB and FEWB both increased. The TPEB increased to 9.5 days while the FEWB increased to 10.1 days.

US exports and imports both shrank significantly in November, with real goods exports down 2.6% and real goods imports down 7.4%. For exports, the biggest drop was in food, feed, and beverages (-6.3%) while for imports, the biggest drop was in consumer goods (-12.7%). Year-to-date exports and imports were still up in 2022 over 2021.

A flash estimate for December showed Euro Area inflation at 9.2%, down from 10.1% in November. The fall had a great deal to do with a drop-off in energy inflation, as the inflation rate excluding energy rose from 7.0% in November to 7.2%.

Euro Area retail trade was up by 0.8% for the month to November 2022, but was still down 2.8% from a year before. For both the month and the year, the category of non-food products performed better than “food, drinks, and tobacco.”

In another late-December release, the BEA again revised upward its estimate of 2022 Q3 real GDP Growth, from an advance estimate of a 2.6% annual rate to a robust final estimate of 3.6%. The biggest contributing components were services consumption and trade.

The US House of Representatives selected Kevin McCarthy (R-CA) as Speaker early Saturday morning. While the selection of a speaker is the mandatory first step of every Congress, this week’s process was the most drawn-out since the Civil War. The difficulty of selecting a speaker in a narrowly-divided Congress may foreshadow trouble ahead later in the year on issues such as lifting the debt ceiling.

At the close of December, President Biden signed an $1.7 trillion omnibus federal spending bill to keep the government funded. A preliminary analysis of the bill showed that it increased real spending by 3% over FY2022.

The UK was hit with a wave of strikes as the new year started, including rail and highway workers. Prime Minister Rishi Sunak was set to begin talks with union leaders.