Flexport and Eastern Air Cargo have teamed up to bring net-new capacity to the constricted air freight market. Eastern Air Cargo is the latest offering from a legacy brand with a storied history. Their fleet of refurbished Boeing B777s will help Flexport customers looking for faster ways to get cargo into the U.S. from Southeast Asia. As global supply chains continue to be impacted by congestion, uncertainty and capacity constraints, Flexport's strategic air expansion gives us more control over our capacity, to give our clients maximum optionality and flexibility. 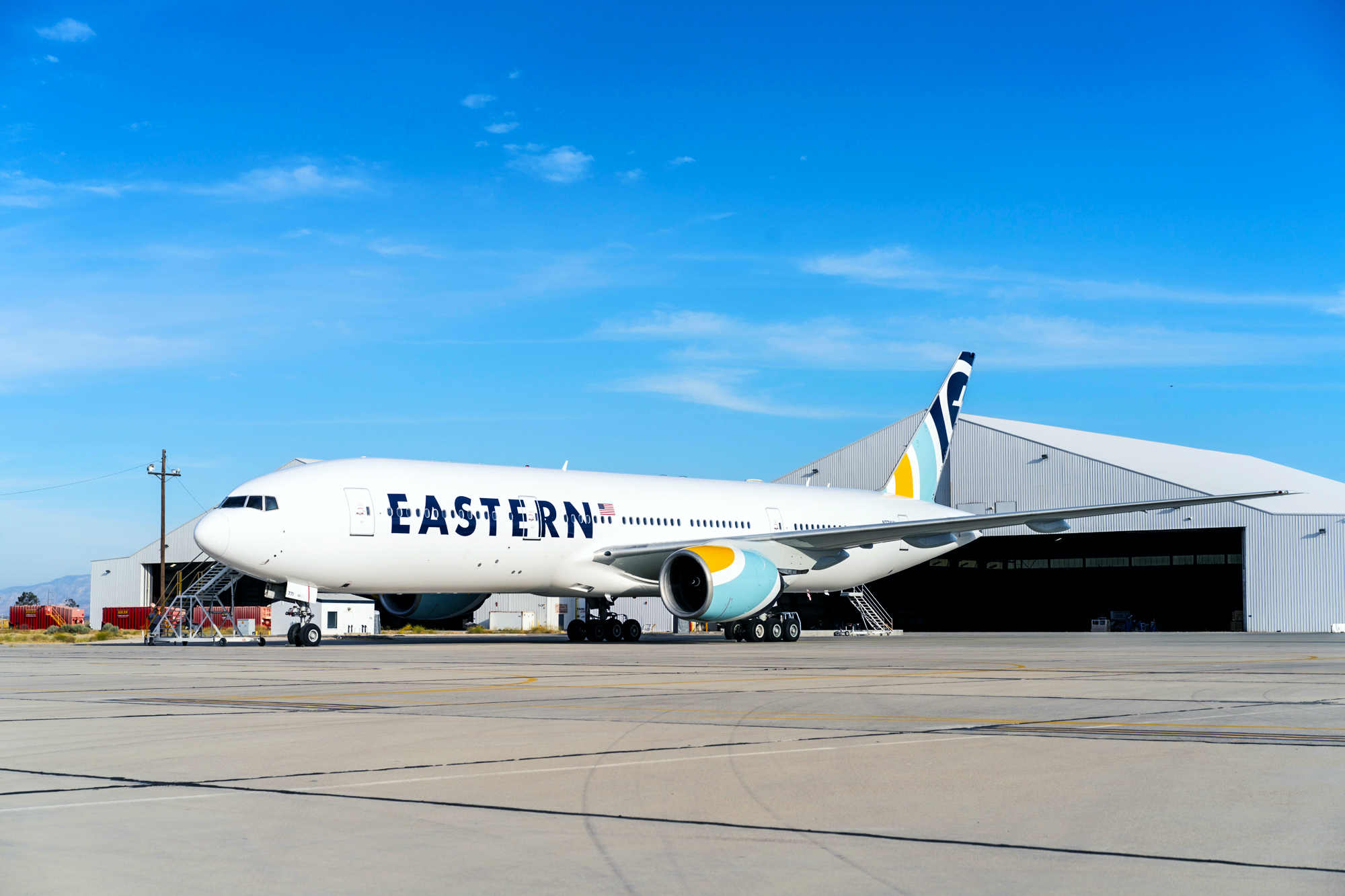 The current incarnation of Eastern Air (also known as Eastern) dates back to 2010, however the airline was launched during the early days of aviation as one of its finest practitioners. Eastern was a major American airline from 1926 to 1991 headquartered at Miami International Airport. It was one of the "Big Four" domestic airlines created by the Spoils Conferences of 1930. During its early years, tt was headed up by World War I flying ace Eddie Rickenbacker who was also a Medal of Honor recipient.

Eastern dominated the New York to Florida route from the inception of the route in the 1930s until deregulation in the 1970s. They also pioneered hourly air shuttle service on the Washington, D.C. > NYC > Boston corridor beginning in the early 1960s.

In 2010, the brand was reborn as Eastern Airlines LLC., with a new mission—low cost transportation between the U.S. and underserved destinations in South America and China. By 2019 they had moved into a new operations base in Wayne, PA and announced the purchase of several B777 planes to expand their South American routes. Eastern again made news in 2020 when they partnered with the British Civil Aviation Authority in the largest ever peacetime repatriation of British citizens in the wake of the Thomas Cook collapse.

Along the way, Eastern acquired both an aviation engineering firm, Foxtrot Aero, and an MRO operating out of Kansas City called Florida Modification Specialists. These companies will be used in the conversion and certification of the new fleet of 35 freighters announced in 2021. This will allow Eastern to maintain better control over the conversion process and enable them to bypass the often lengthy backlogs being experienced by others in the MRO space. 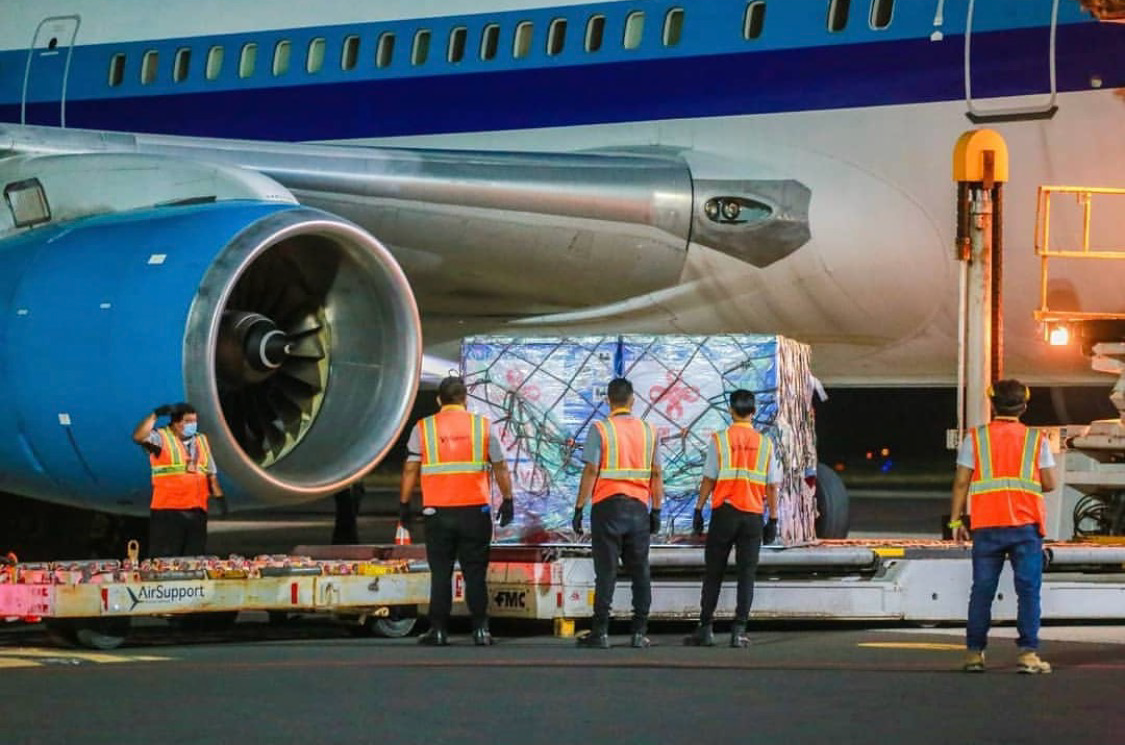 The modifications being performed on these B777s are unique in that the focus is on cargo volume rather than weight. This means they won’t be stripping the floor that separates the former passenger area from the cargo hold, reinforcing the wing boxes, or cutting new cargo doors. All of that will streamline the process and allow the newly-certified freighters to take to the skies on a compressed timeline, so Flexport’s customers can get access to this new capacity faster.

As Flexport continues to grow at a record-pace, we’re always looking for new ways to maintain the high quality of service our customers have come to expect. We see dedicated capacity as a foundational aspect of our growth strategy which focuses on three key aspects: innovation, flexibility, and scalability. To deliver the air freight options our customers are increasingly seeking, we’re continuing to expand our air partnerships to ensure our customers are not at the mercy of shifting market conditions.

"Flexport client demand for airfreight has almost doubled year-over-year while global capacity has remained at approximately 10% below pre-pandemic levels. Our strategic agreement with Eastern will provide critical net-new capacity to the market and bring our two innovative companies together to not just meet demand, but fuel growth.”

The new partnership was launched to help fulfill Flexport customers’ increasing demand for air freight options by adding the first ever non-stop cargo routes from Ho Chi Minh City’s SGN to Chicago’s O’Hare Airport (ORD), along with new options from Hong Kong (HGK) to ORD. Customers shipping from Southeast Asia to the U.S. can use Flexport’s platform to determine which SKUs would benefit the most from this service, and prioritize cargo allocation accordingly. This enables us to continue to put our customers’ needs first, especially during a global supply chain crisis that continues to disrupt shipping timelines and inventory planning.

The E-class freighters being created by Eastern Air Cargo are perfectly suited to the cargo needs of Flexport’s customers. These businesses tend to ship cargo that is high in volume but low in density, so the slightly diminished weight capacity won’t be an issue. The game-changer for these organizations is the reduction in transit time made possible by using airfreight over ocean. With factory-to-warehouse times measurable in weeks or even days, rather than months, this will help businesses of all sizes compete with the biggest players in their sector when it comes to getting product to their consumers.

At Flexport, our mission has always been to make global trade easy for everyone. Acquiring dedicated air capacity is just one more way in which we can continue to offer customers the maximum optionality they need to make their supply chain a competitive advantage.

Read our announcement to learn more about this partnership.

ShareTweetShare
About this author
Jesse Kelber